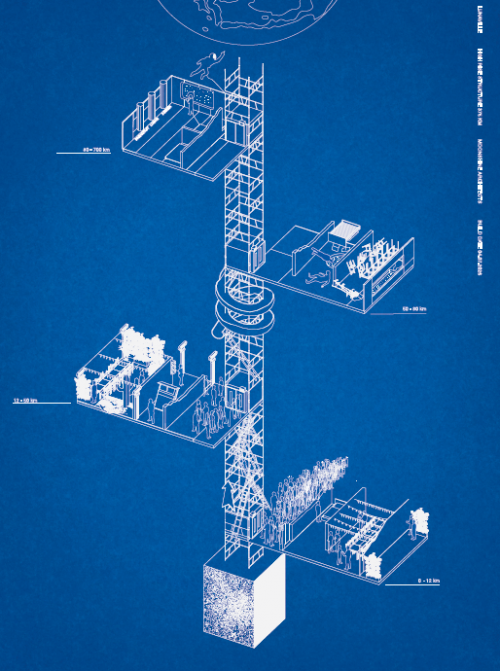 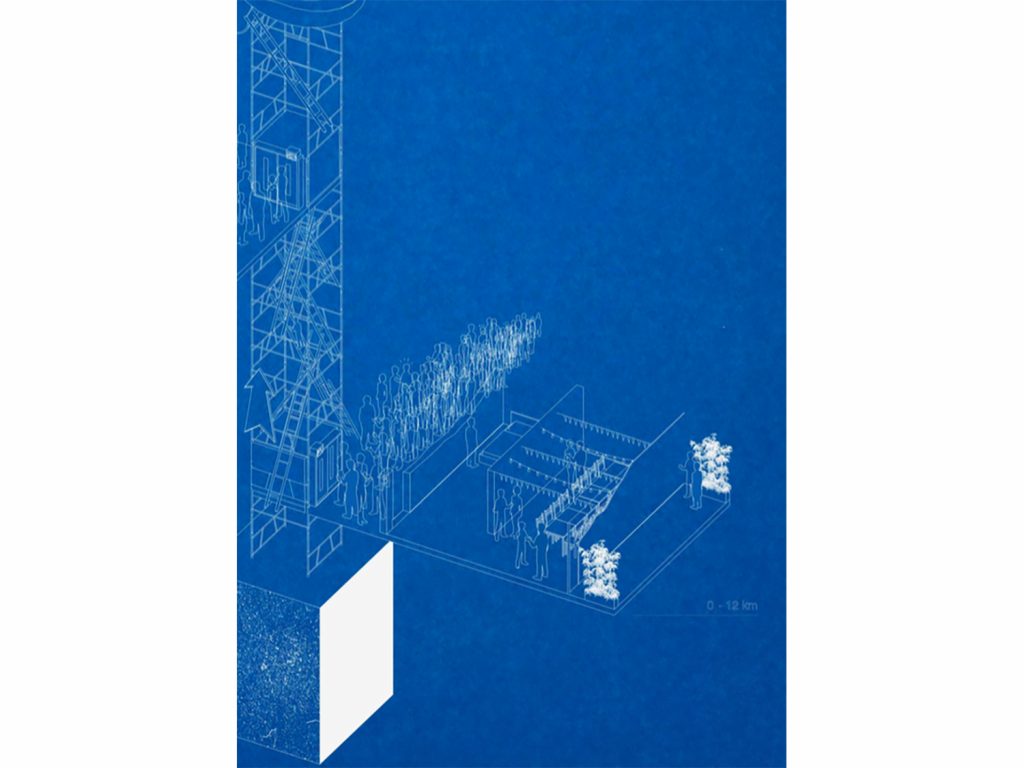 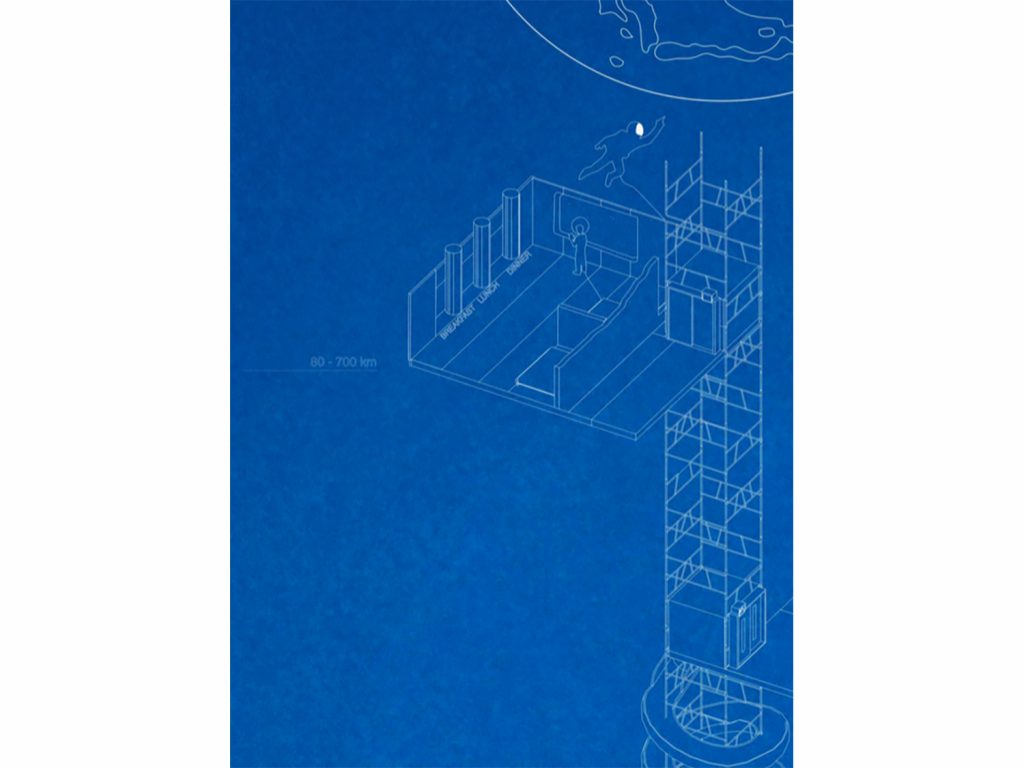 Lunaville is a visual narrative and a critical commentary on themes of limitless consumption, excess, boredom and gluttony. It uses as a source narrative the movie The Great Feast by Marco Ferrari. The film is adapted as a scenario where most of the Earth’s population is urbanized and hyper consumptive instincts combined with boredom and gluttony lead them to build the highest skyscraper on Earth, which eventually reaches the Moon.