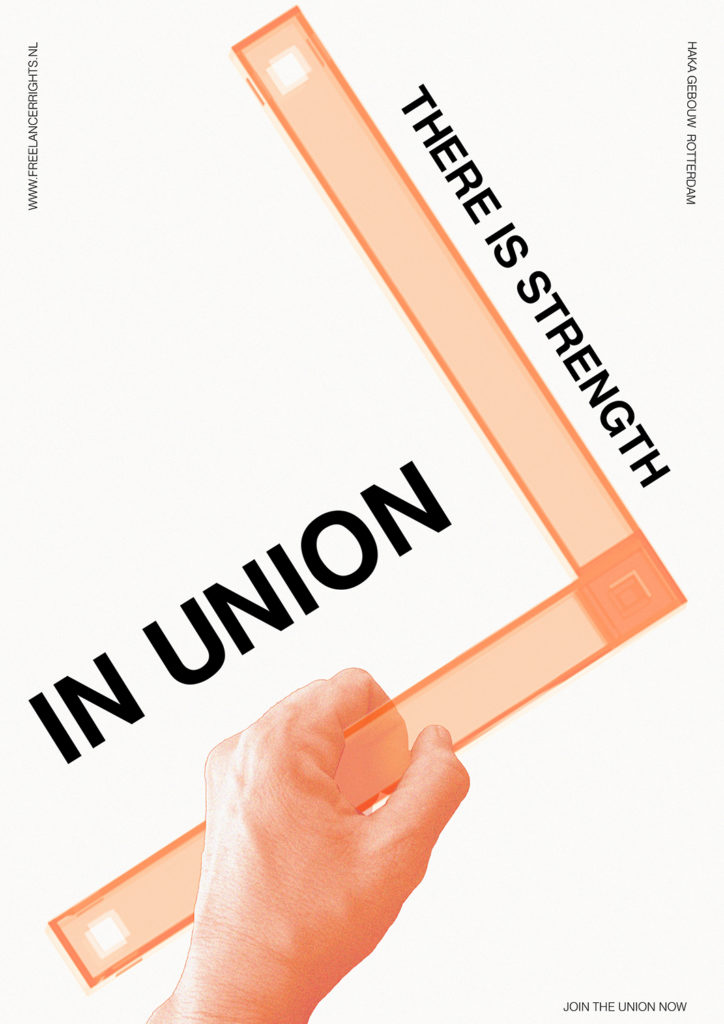 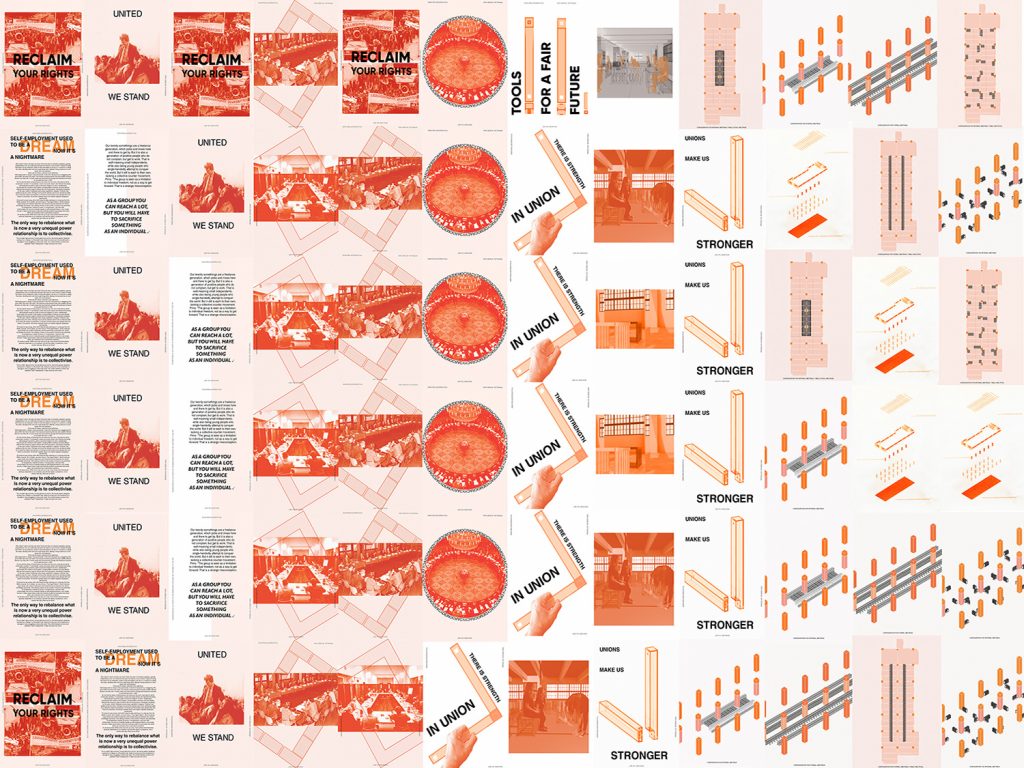 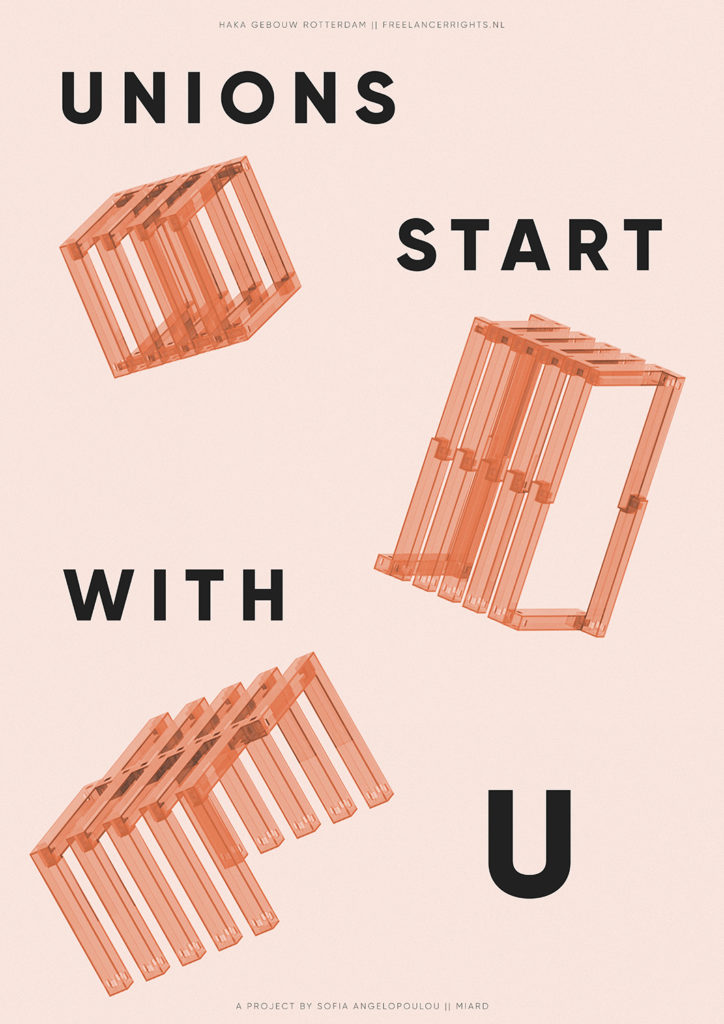 In this project the trade union is updated to fit the freelancers’ need for a collective physical space to meet face to face, regroup and regain the sense of community. Trade unions have historically been ways of collectivizing and generating political action for the well being of workers.

Inspired by organized labor and the spaces it occupies as well as examples of spaces for political conversations and negotiations, such as the Polish Round Table Talks of 1989 or even the Parisian cafes of the 19th century, the typology of the table becomes the main focus as a piece of political architecture and as a mediatory object that brings two parties together. In order to avoid a predefined hierarchy that a ready-made table would imply – but to also encourage collaboration and equality – the design is based on a single piece of joinery. When combined together, the joints become a table, a chair, or a stage.