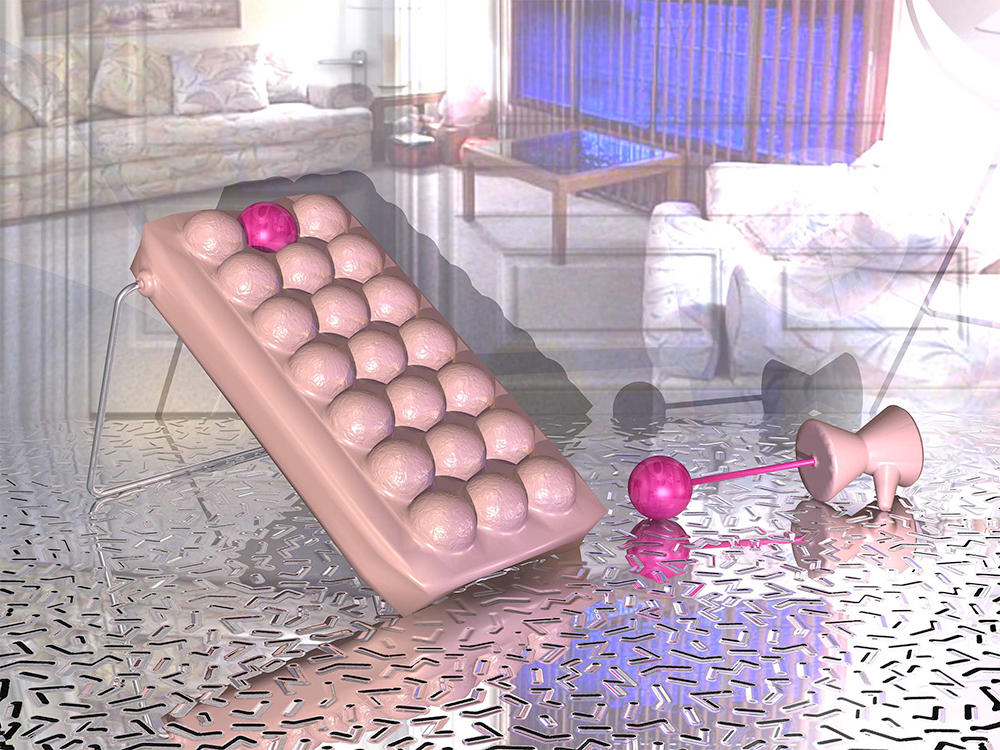 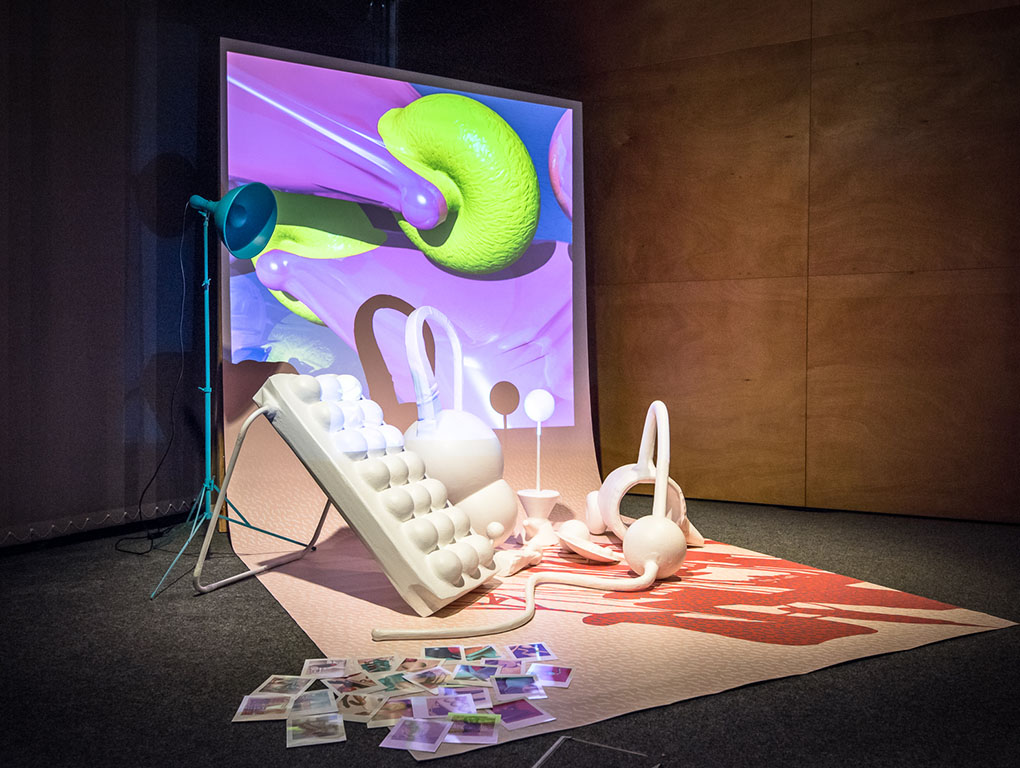 This proposal speculates on a future where artificial intelligence designs domestic objects. Rebelling against the ‘form follows algorithm’ credo of our times with its focus on smartness, comfort, efficiency and its bone-like aesthetics. The project probes into another part of artificial intelligence, the part of an unlimited intuitive creative force of a nonhuman artificial designer. A non-stop creator, Google DeepDream in 3d, a dreamy world, like a child on steroids recognizing cats in clouds.

This catalogue of objects hints at a playful future, reconnecting humans to their childhood through layers of familiarity. Exploring animism to stimulate reciprocality and companionship. Exploring ambiguity in function to compose new stories, where objects become alive and new realities are created in a world of desire rather than a world of lack.