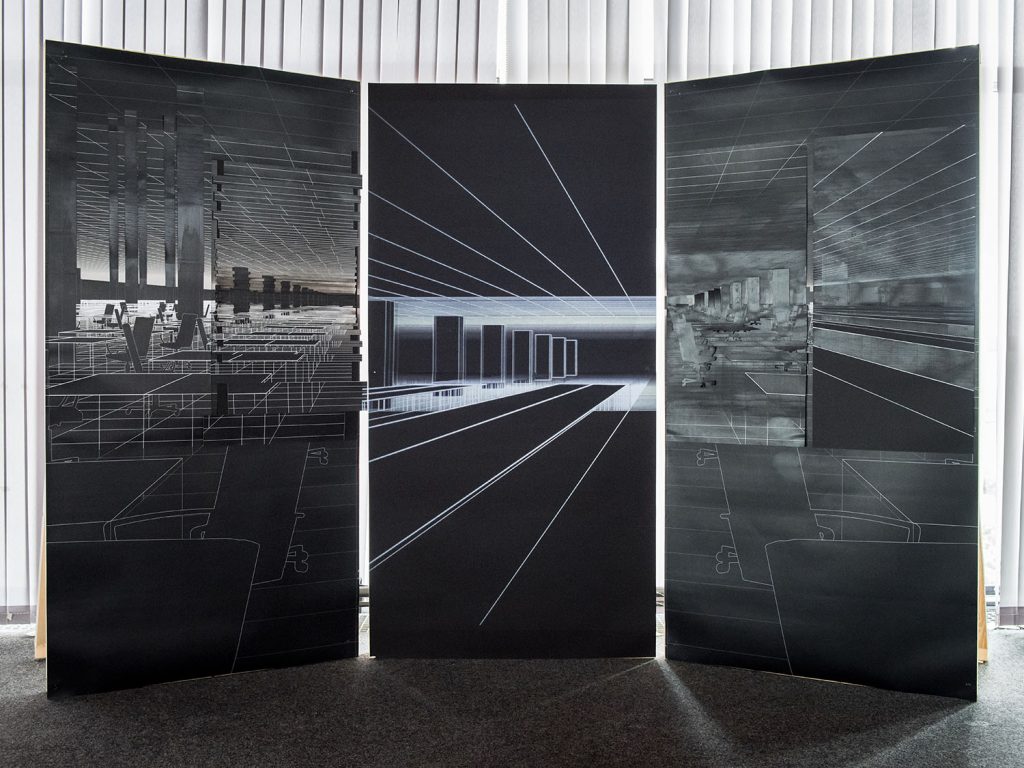 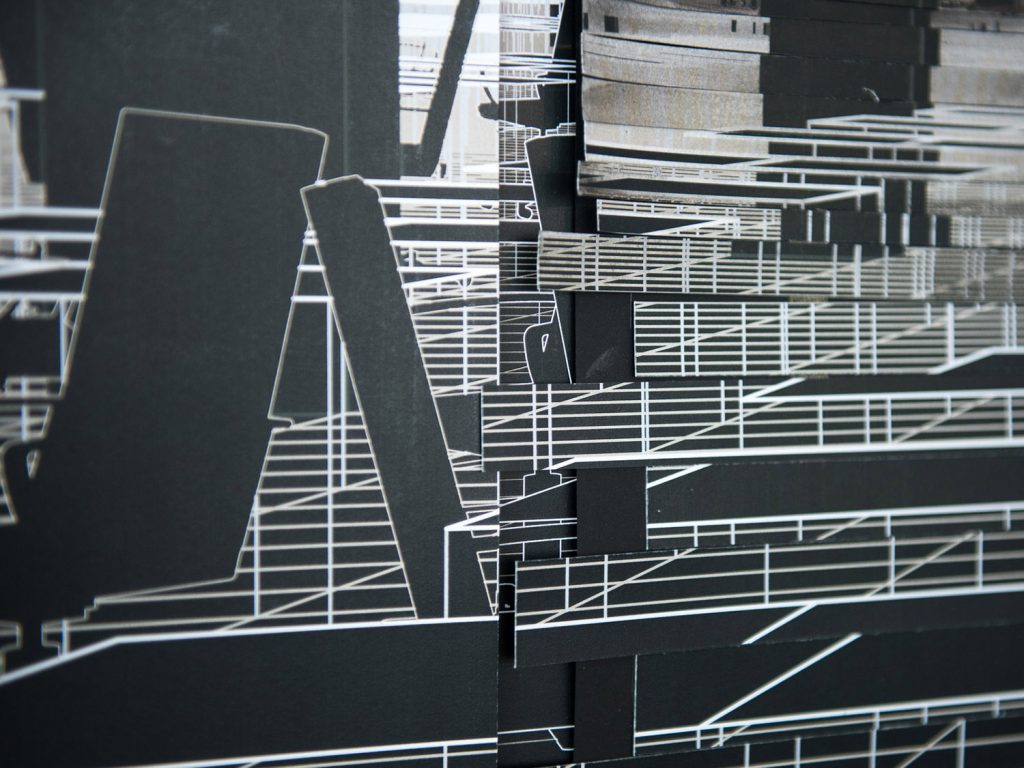 The Scriptorium was a space within a medieval monastery in which monks would rewrite the sacred books. The work of rewriting a manuscript was at the same time a prayer with the symbolic meaning of subordination and discipline. The spiritual reading of work was supported by the spatial qualities of the medieval monastery. The sacred space was very different setting to the mundane world outside and it supported the mind-set oriented on the transcendent goals beyond the everyday life. In these conditions, the work became a disciplinary ritual.

Todayʼs setting of work is a coherent part and a reflection of the rationalized and disenchanted world. Escritorio (Portuguese: office) is the environment dominated by the rational reasoning and a literal reading of the performed action. The reconstruction of the generic office space is an attempt to introduce the notion of other to the homogenous working environment and in result offer a gateway from the rationality of todayʼs reality.