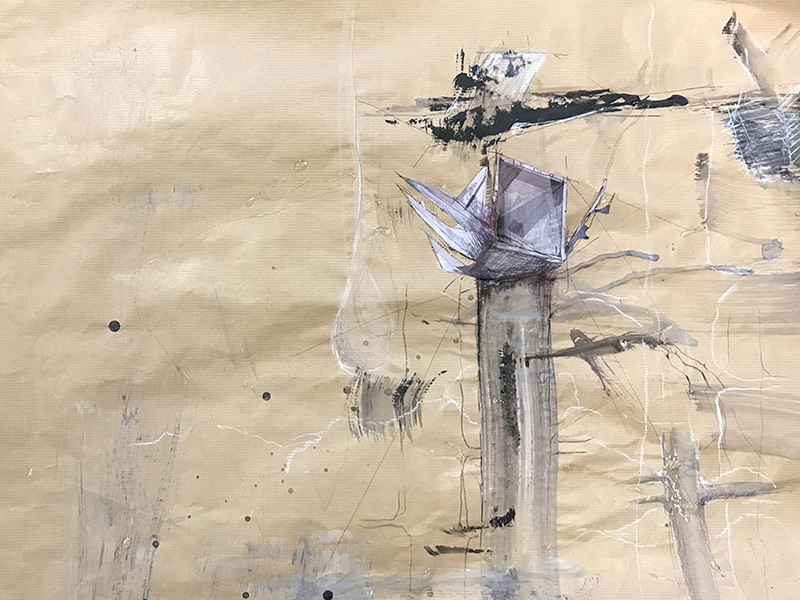 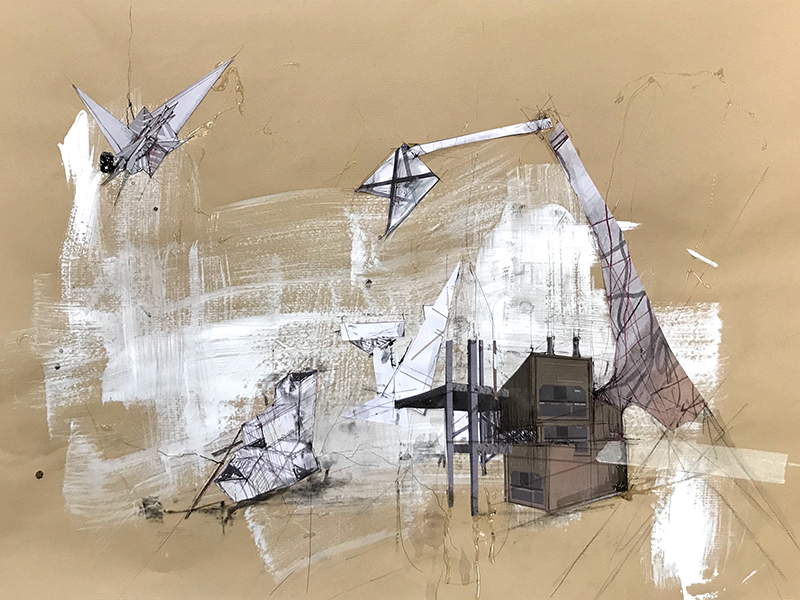 The elements of control and being controlled exist simultaneously. The only aspect which can be changed is the proportion of those two. In regard to spatial reality, the most basic form of control is temporality.

Shipping container, as spatial element, allows the proportion of control and being controlled to constantly change. One of the major elements of industrialisation and globalisation – container became a symbol of capitalistic control and collapse of the ecosystem.

Pandemic reality, in which society is now, is part of bigger narration happening on earth. Nature took over control and is influencing our health. But what if nature superimposes on temporary spatial structures? The process of organic, uncontrolled growth over rigid elements of spatiality underlines a paradigm shift and frames the process of controlling the uncontrolled.