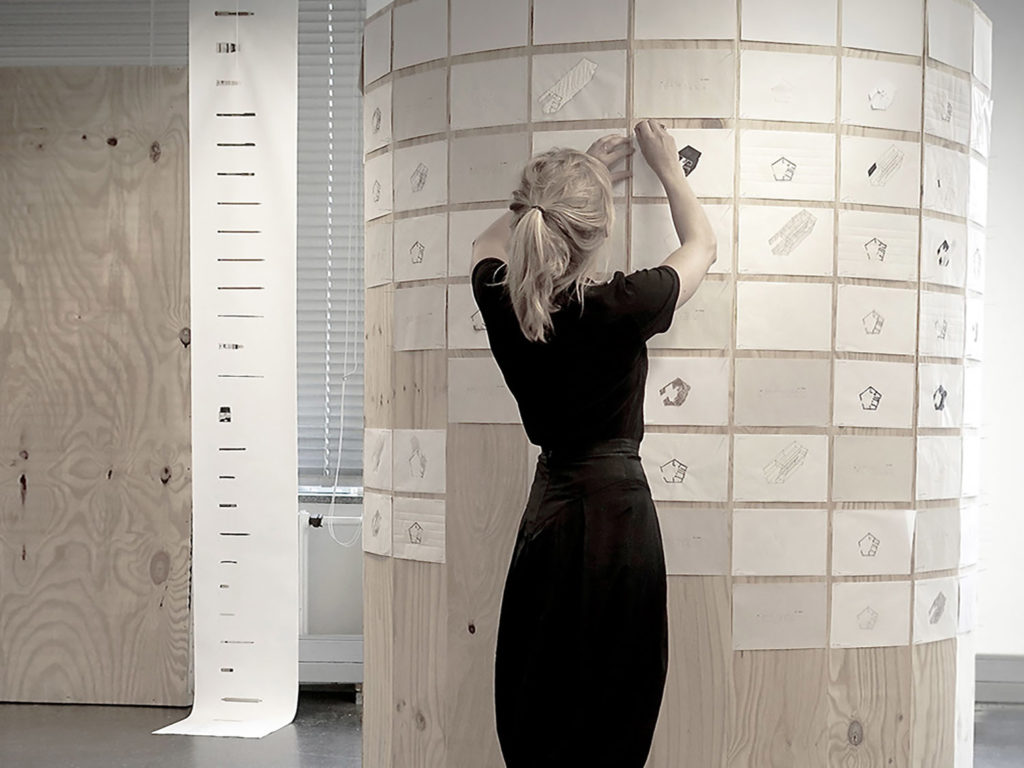 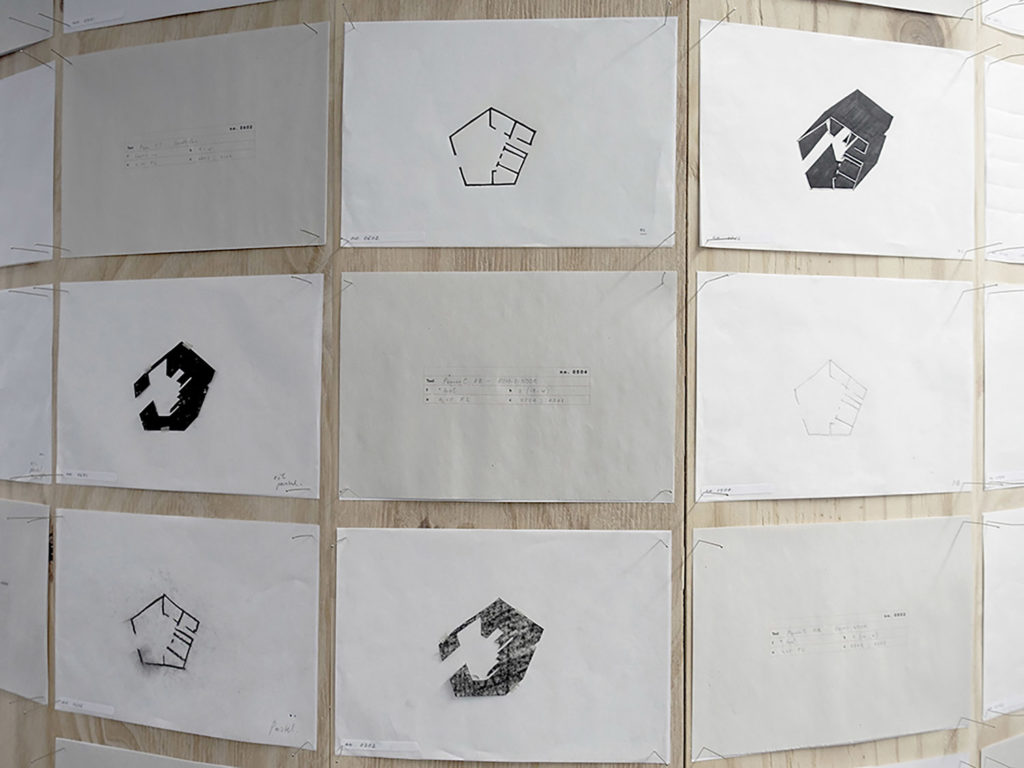 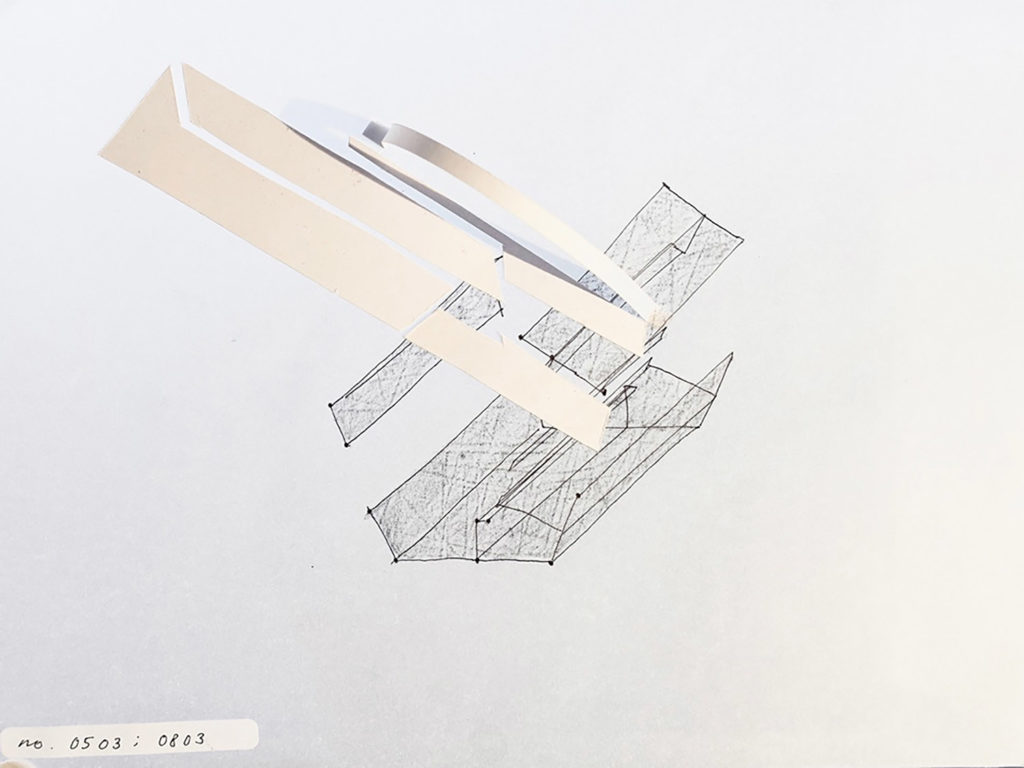 In today’s shift from the drawing board to the screen, draftsmanship, along with its characteristic gestures is often seen as a relic. What was once taken for granted, might soon be forgotten. This project is a written and visual response to the changing role of the architects’ sketch and its drawing process.

The house described in the book Flatland (Abbot,1884) is used as a point of departure that lay foundation for a process of re-reading the pentagon shape. What if the used tool by the draftsman determines the outcome – the translation into a multidimensional form? The plan drawing is used as input, through which a set of rules – the script – various outcomes are generated. The tool decides the characteristics of the plan drawing and thus its code through which the next translation is made.