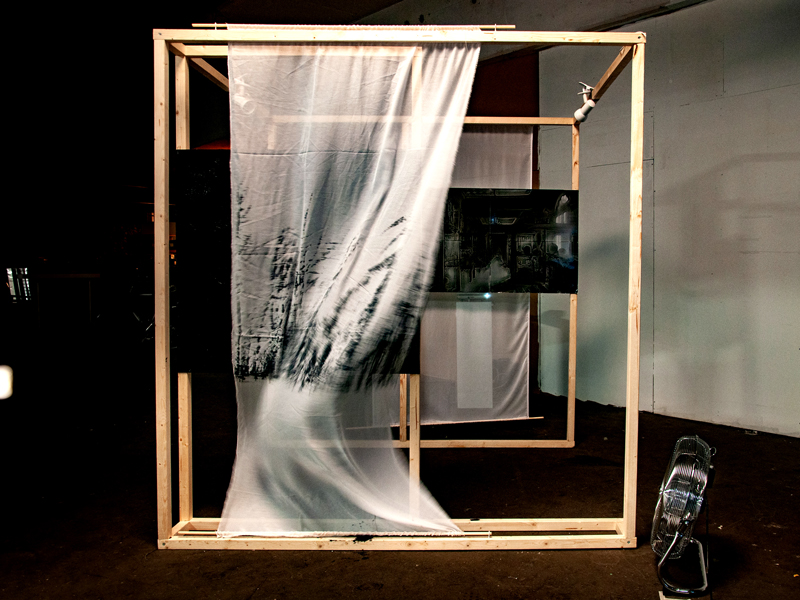 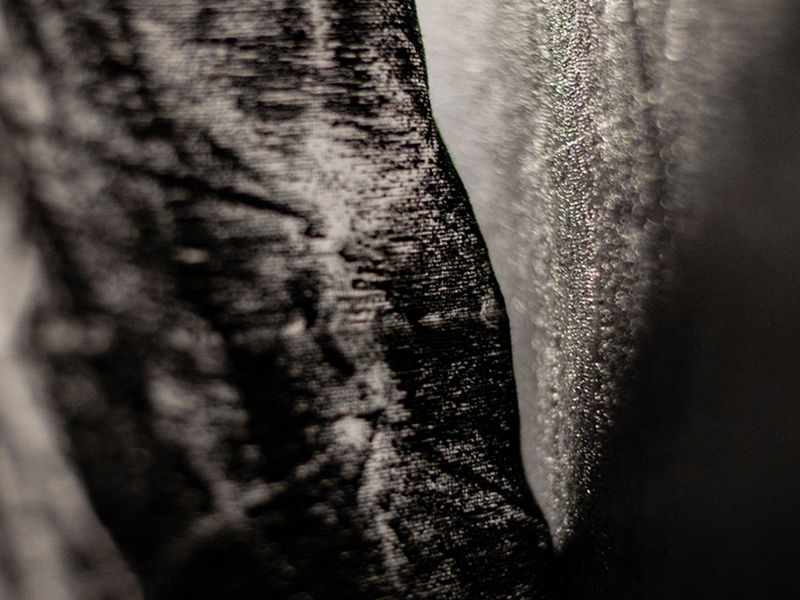 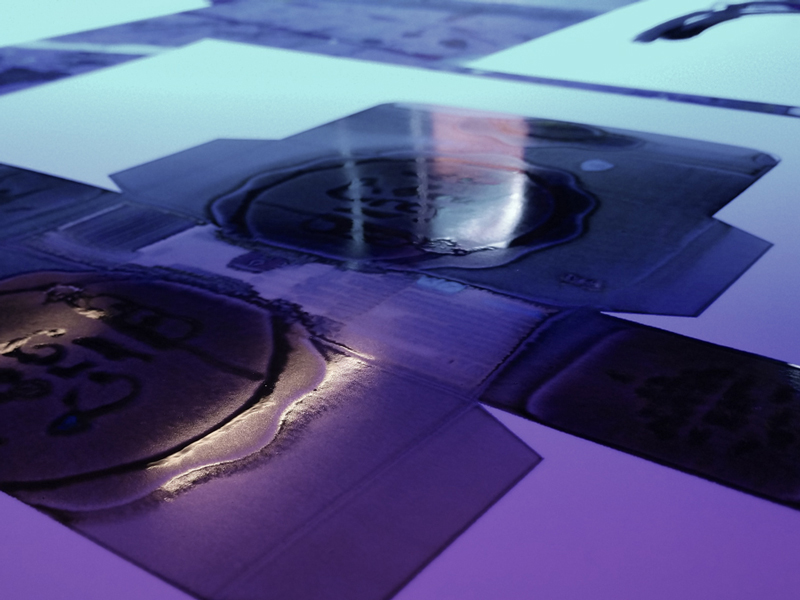 European colonialism has manifested its indescribable violence not only in the form of exploitation of people, land, and resources, but also in the establishment of an unilateral system of knowledge characterized by notions of superiority, and objective truths, leaving their traces in form of language and visual images to which we stay oblivious to modern day colonialism.
This Installation explores new forms of narration that elude from an absolute perspective towards ambiguity and reinterpretation by dissolving the conventional image space. Unpredictable mechanisms of ongoing change in form of enduring liquid images and self-governing patterns created by incessant movement of simulated wind serve as a way of letting go the control over visual signs. Inviting the spectator to reinterpret the once familiar images confronted with and reflect on how we perceive our world and its constructed characteristic.