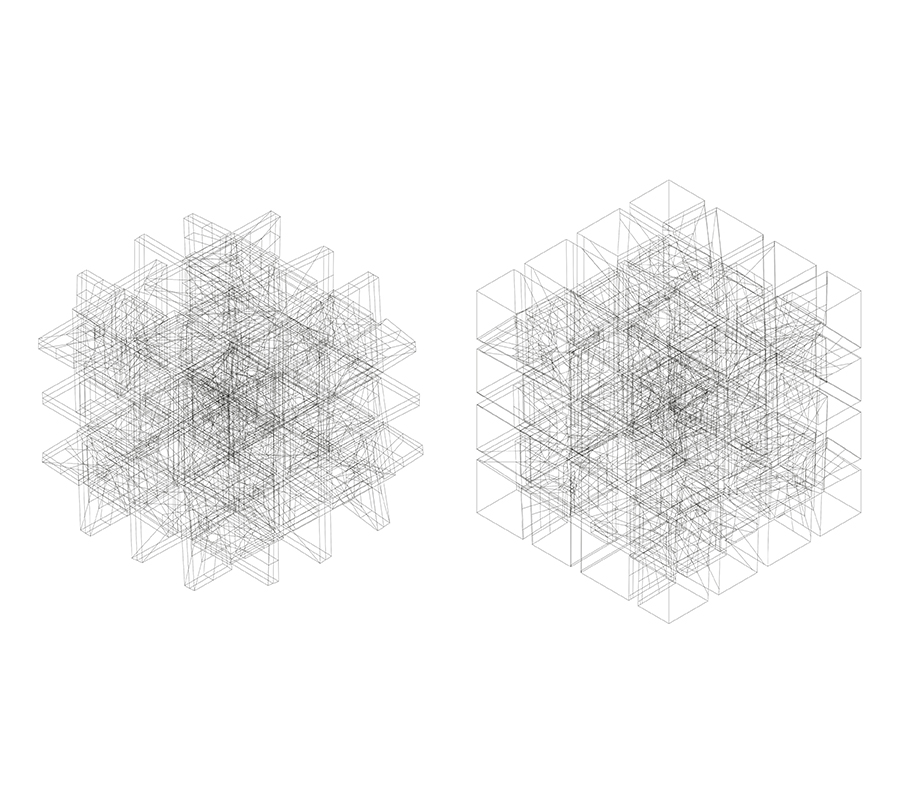 Seeking to explore the singularity of the Wereld Museum, Rotterdam and its propaganda, this project’s initial idea is derived from the representation of the cube as an endless network of filters forming a multiplicity of perception. The constant shift of the production process between analog and digital allowed to break the singularity of the viewport. The cube as the finest creation of the Cartesian system demands not only perfection but an exploration for multiple points of view.

We define the project as a debate not on how to implement scale and figure in the spaces we have generated, but what the meaning of their absence is in the first place. The opposition between the strictness of the digital and machinic production, challenged by the peculiarity of the analog making created a shared authorship with a machine. The creation of this spatial typology remains at this point in time unfixed.