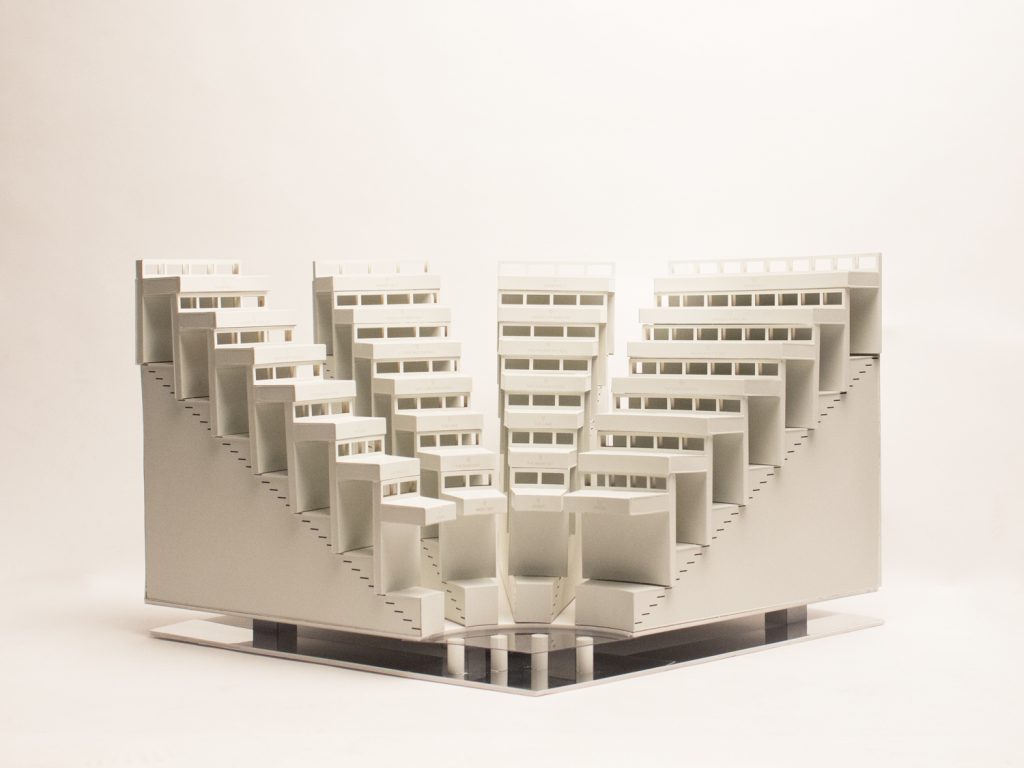 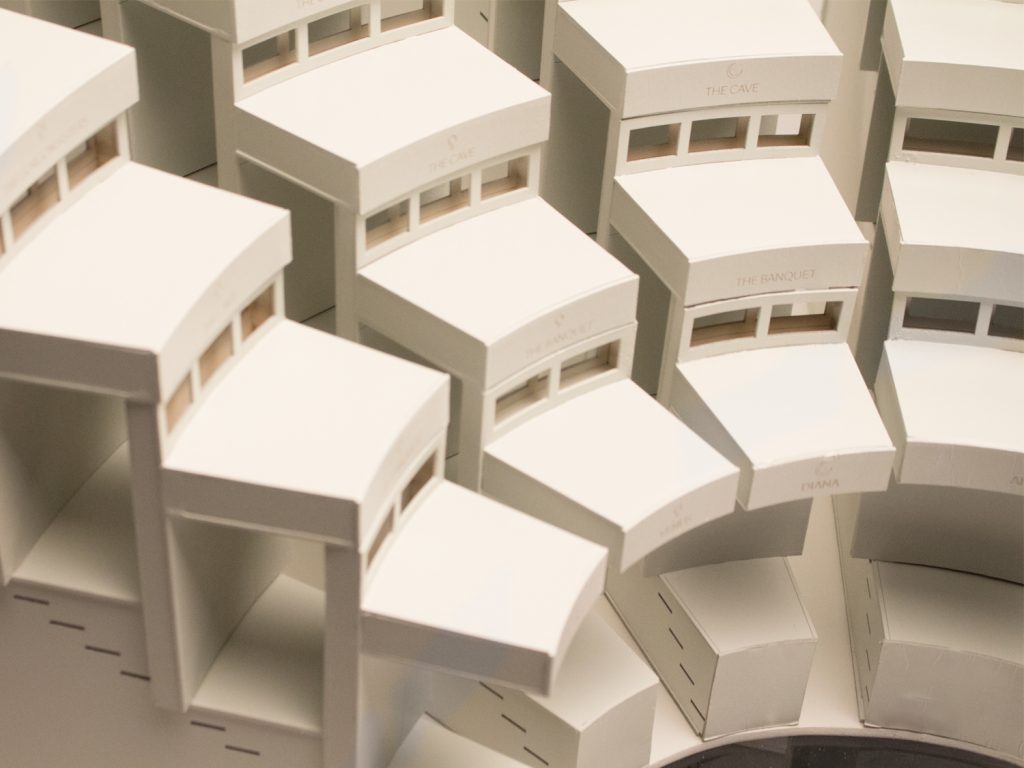 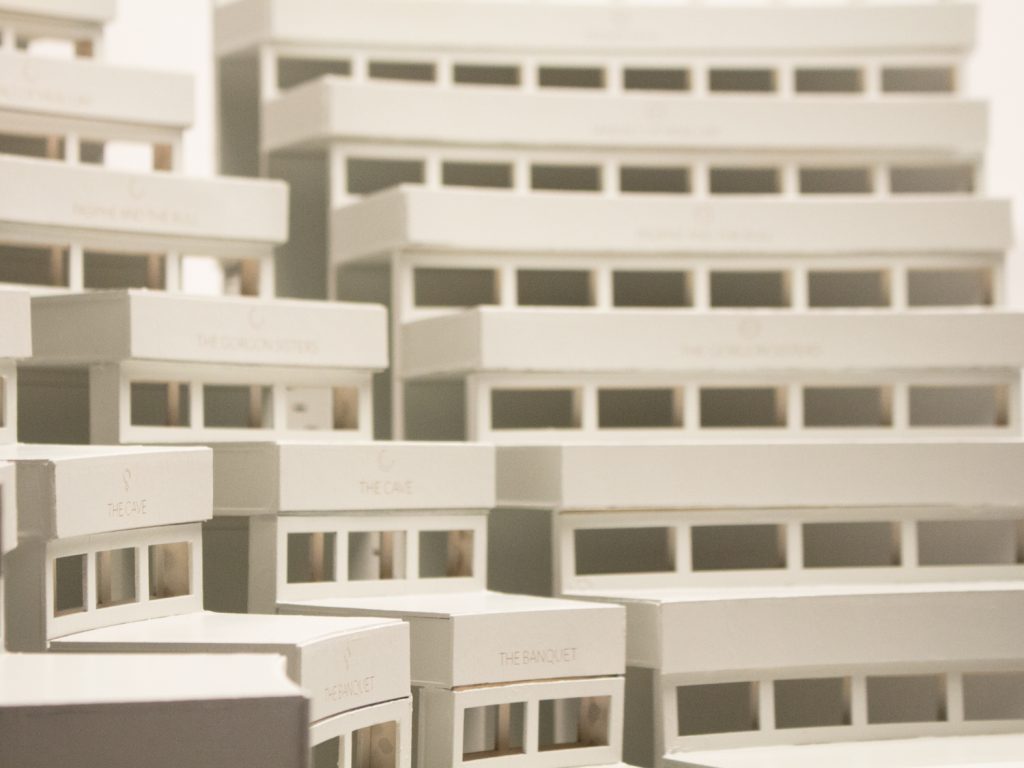 This model represents a partial reconstruction of the Theater of Memory, a conceptual space designed by Italian Renaissance philosopher Guilio Camillo aka Delminio. Many spatial details were inferred using contemporary interpretations of his early writings, as well as conceptual sketches and rough plan views. Inspired by the classical Vitruvian amphitheater, as well as principles of astrology, Greek mythology, and Kabbalah mysticism, the space challenges the role of the spectator by placing them on the stage looking out onto the ascending steps of the amphitheater.

The user assumes the role of both performer and audience – actively engaging with collective memory, but from a solitary point of view. This positioning of the user is synonymous with the renaissance notion of man as the center of the universe. This approach inspired me to think critically about the existing placement or implied choreography of certain interior spatial tropes.