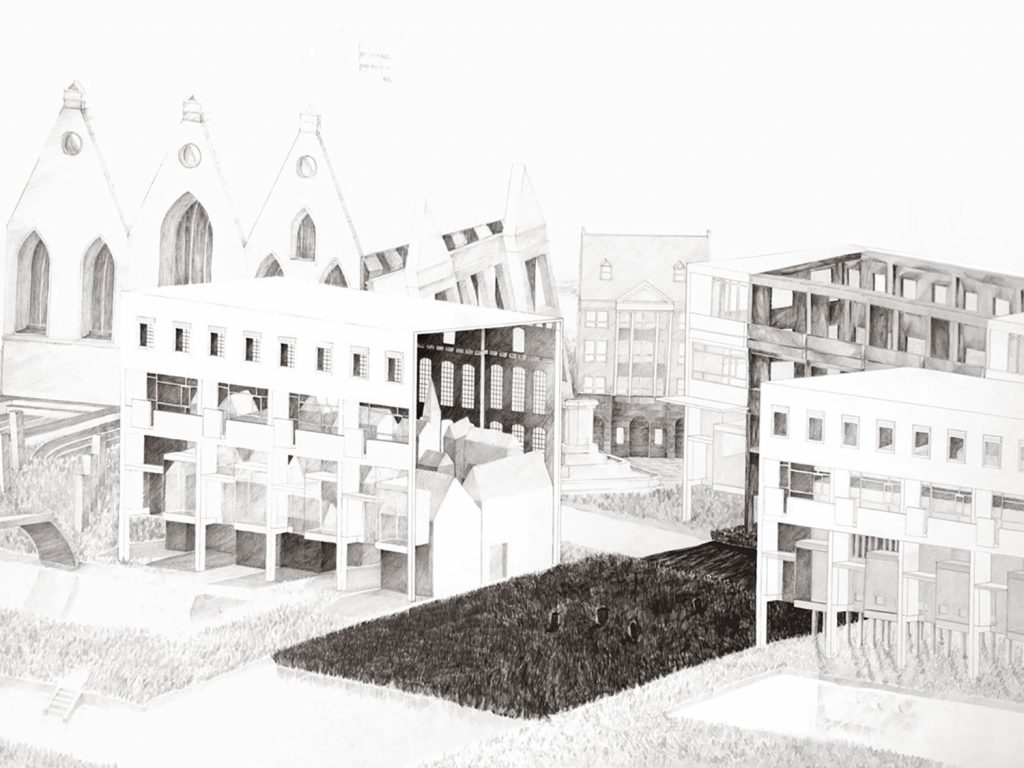 The drawing Collapsed Time of Rotte is a study of time and the history of Rotterdam’s Nieuwemarkt. The figures date back to the 1300’s and are revealed by shadows of an unknown time. This space represents a collapse of time as the past and the present merge together and grows in tandem. Thus, these figures cannot be described as existing in the past, present, or future as they have all existed in the space.

This site was initially formed with computer modelling as a response to the Alvin Boyarsky Drawing Ambience collection, and was later refined through a hand drawing with pen and graphite on a sheet of 72x102cm paper. The drawing was segmented into separate scenes so that the viewer would be able to see various moments of time in that one space.