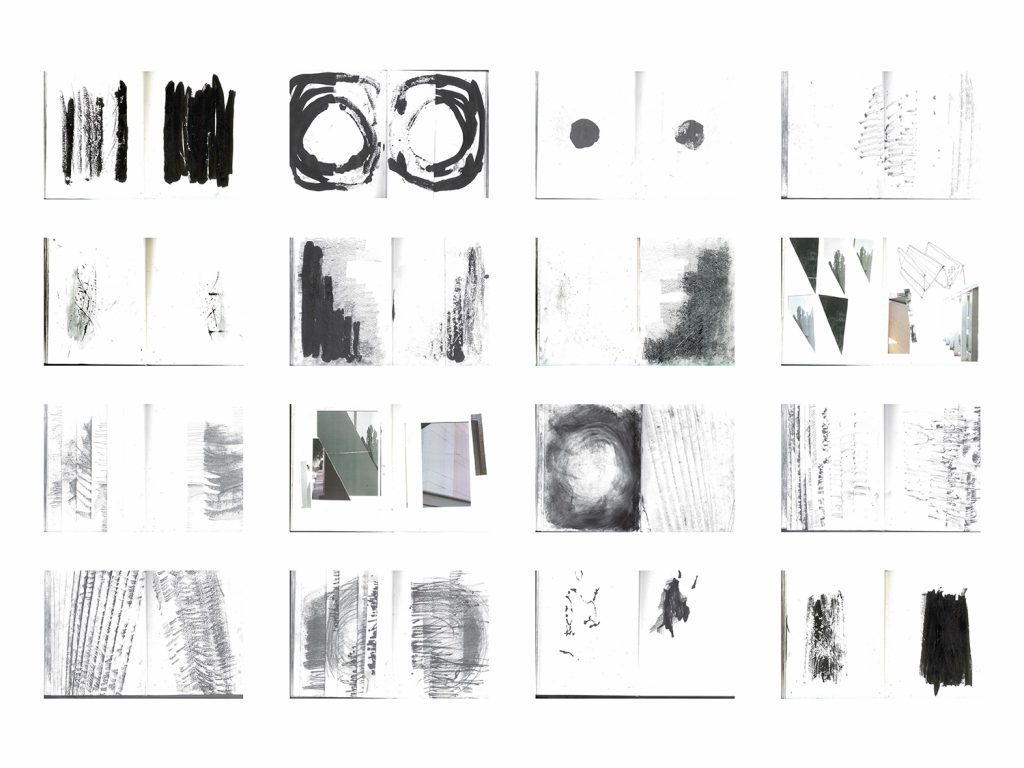 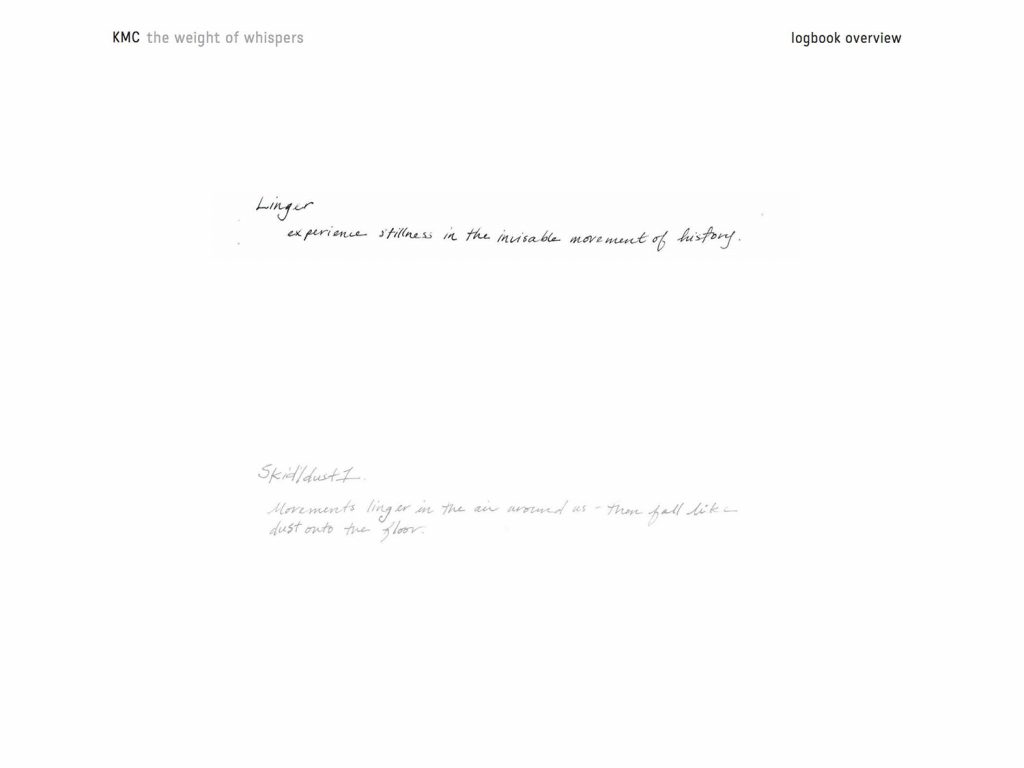 The work documented in this visual logbook website was ordered by the different phases and angles taken during the process of making. My work was primarily focused on the atmospheric weight and implicit ritual created by skid marks found at a rehearsal space at the DeSingel campus in Antwerp.

Through the twelve-week studio, I worked in several different media. Though, the work spanned several different techniques, these items were sorted based on an order of concept development. Each separate series was related to the other, but what defined each classification were the ideas and basis of production. I used my concept notes pertaining to each phase to organize the narrative of the website.