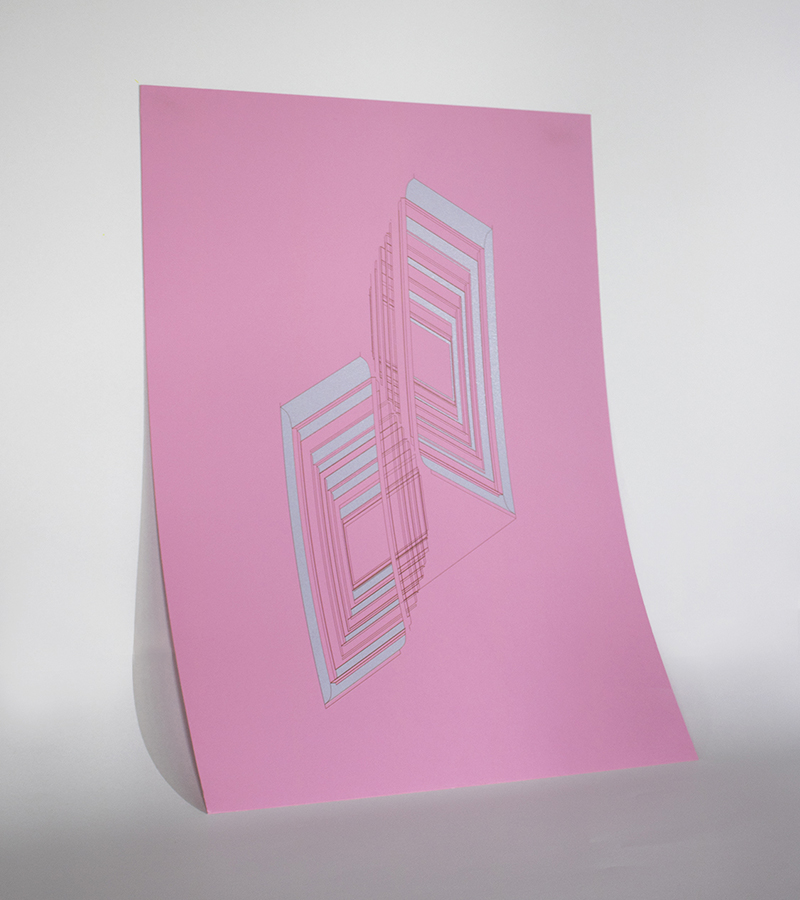 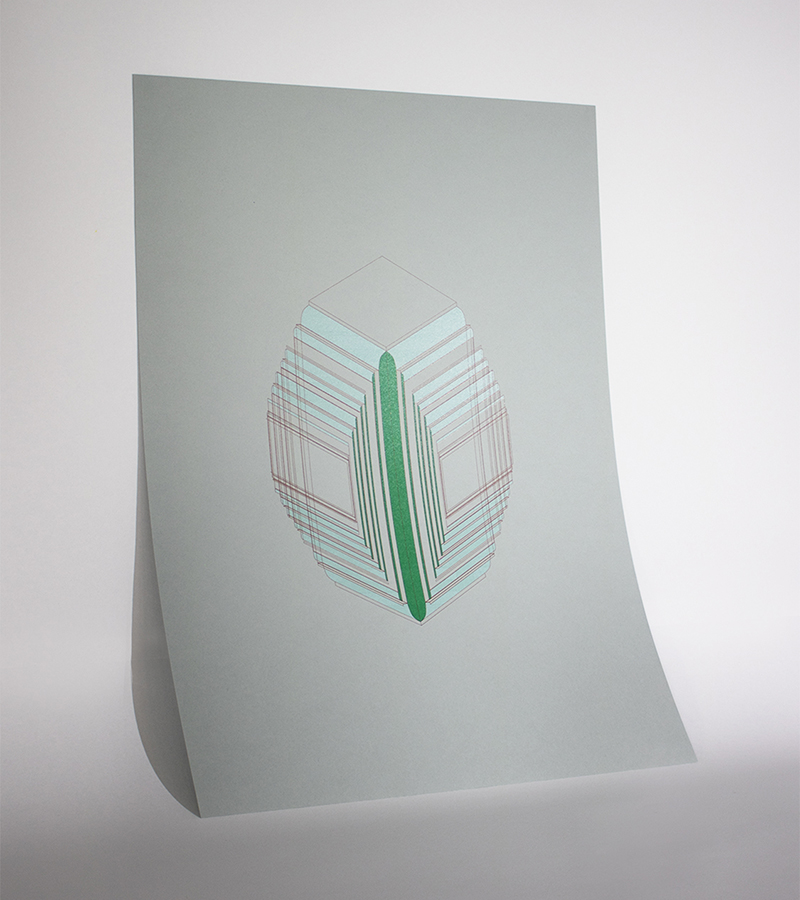 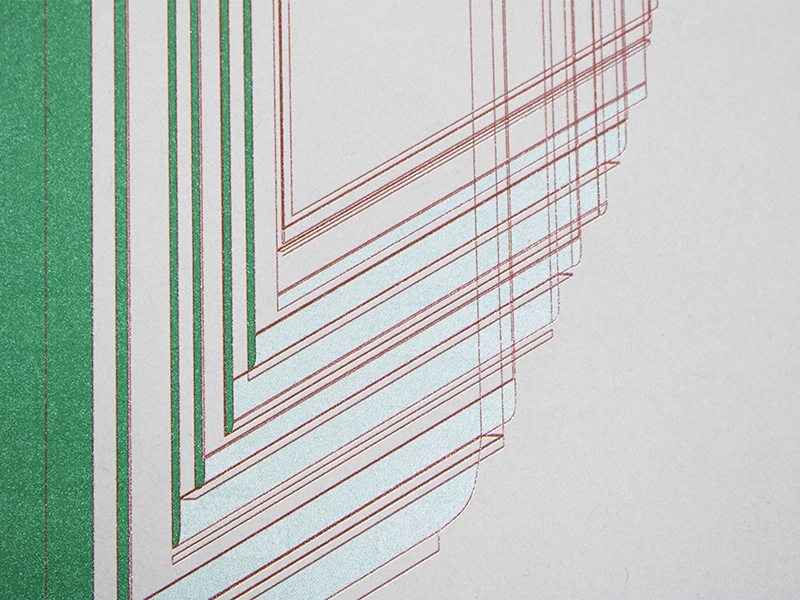 The use of metaphor was central to the development of my thesis, An Unsteady Portal. One such metaphor that I worked with was the Ancient Egyptian myth of the Seven Gates of Osiris. This myth represents one example of many cultural instances that describe the entry into the unknown through the means of a “scopic” descent. As described in the Ancient Egyptian Book of the Dead, the soul of the deceased would pass through seven gates in order to reach the Underworld. The journey of the pharmaceutical/medicament also moves between Newtonian and non-Newtonian space – from the medicine cabinet to a molecular realm within the body. The Seven Gates of Osiris, were originally visualized as a large stone relief carving with each descending gate carved within the other. The resulting carving presented a slow entry into a solid, impenetrable material. With this in mind, these drawings became an initial contemplative study in spatializing continuous states of scopic entry and re-entry.