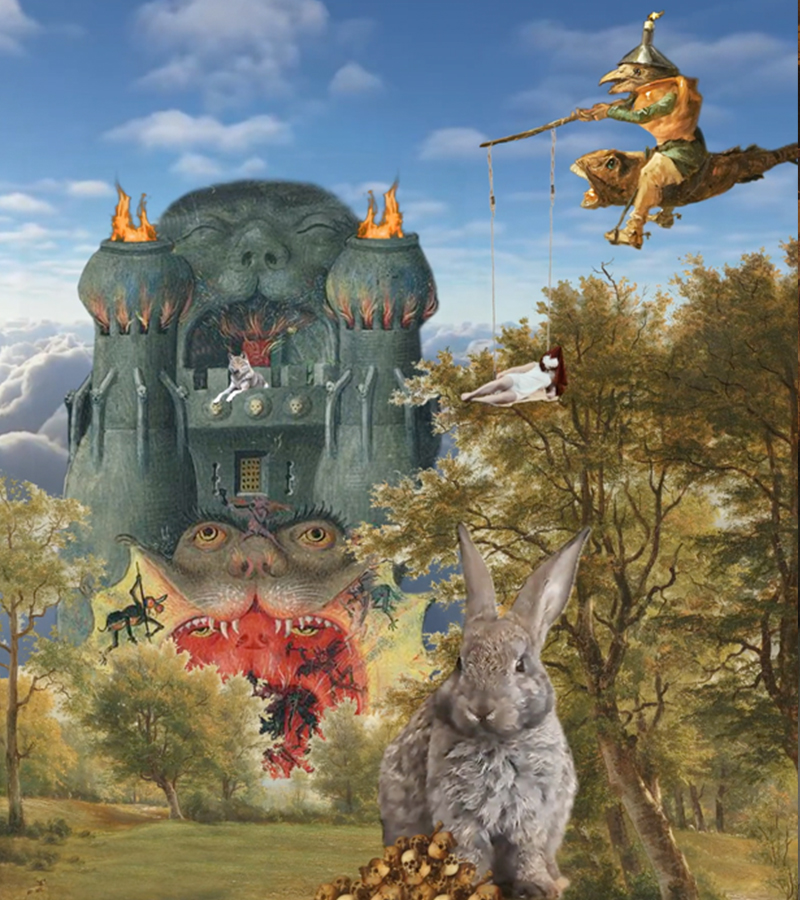 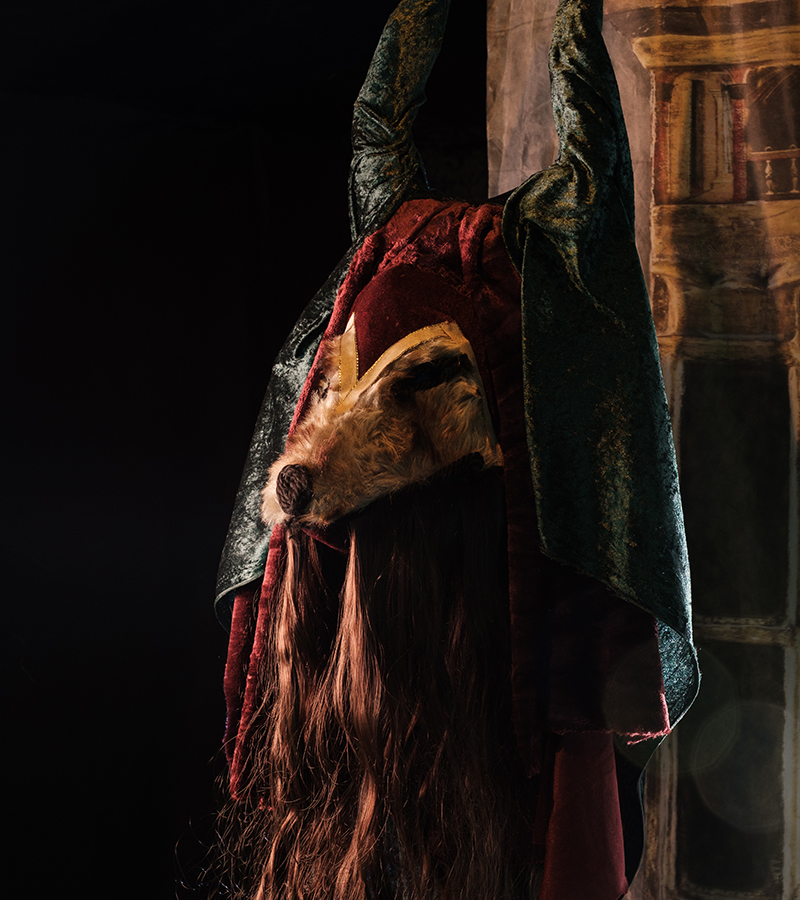 The Return of the Wolf is a modern fairy tale about the wolf’s return to the Netherlands. An animal most people only know from their imagination, that is stigmatized by false stories and fairy tales dating back to medieval times. The tale shows the effect the return has on Dutch society and the human-made and cultivated landscape of the Netherlands. Two-thirds of the Netherlands has an agricultural destination, and again, two-thirds of that farmland is used for live- stock. In 2014, only 15% of the Dutch biodiversity was left. Therefore, large predators like the wolf are necessary to bring this biodiversity back up, but how can the wolves sustain themselves in this man-made environment? The story is told as a  contemporary fairy tale and shown in a multi-media installation. The visual language is based on the storytelling of medieval times when people spread the first stories about the wolf.