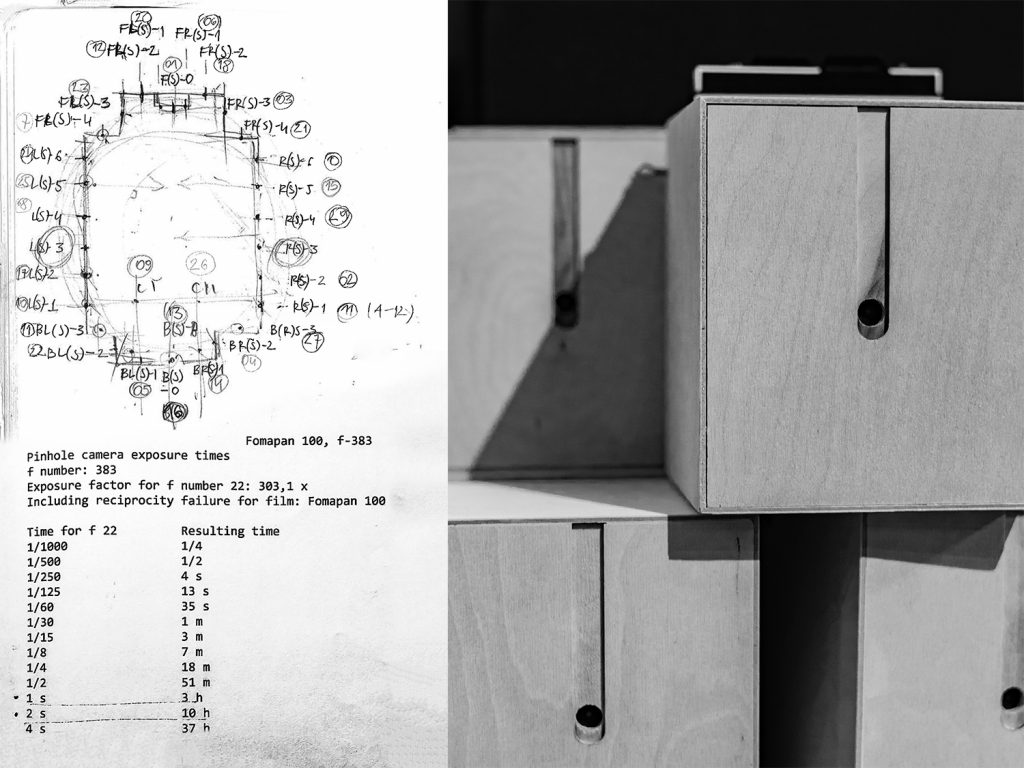 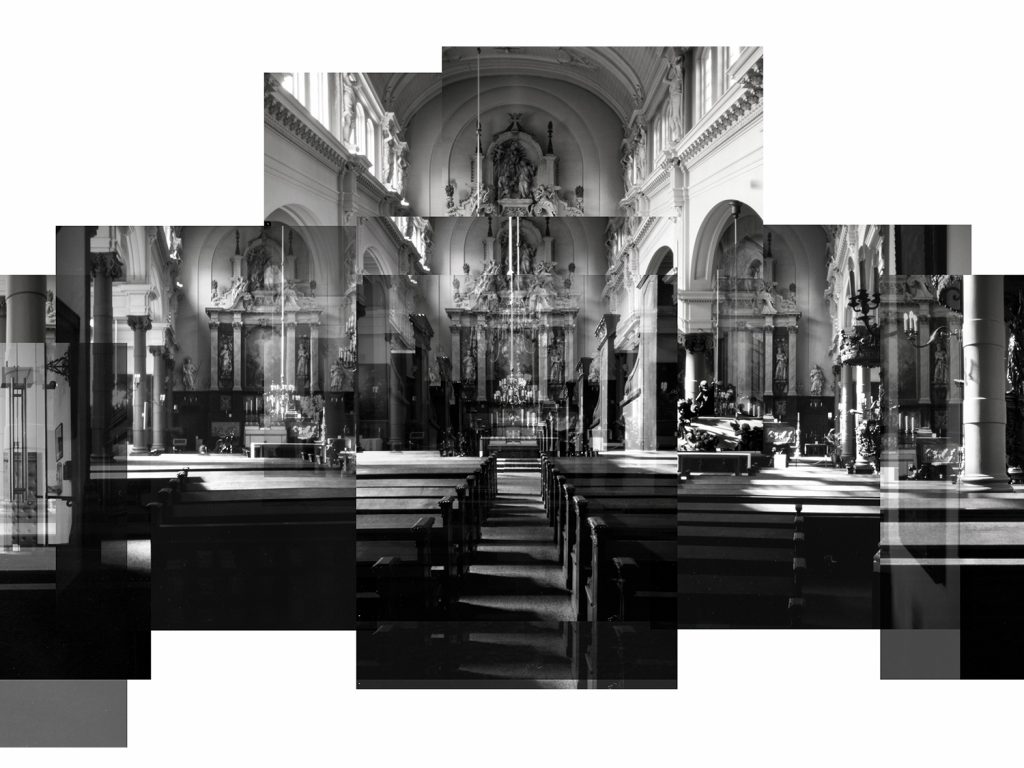 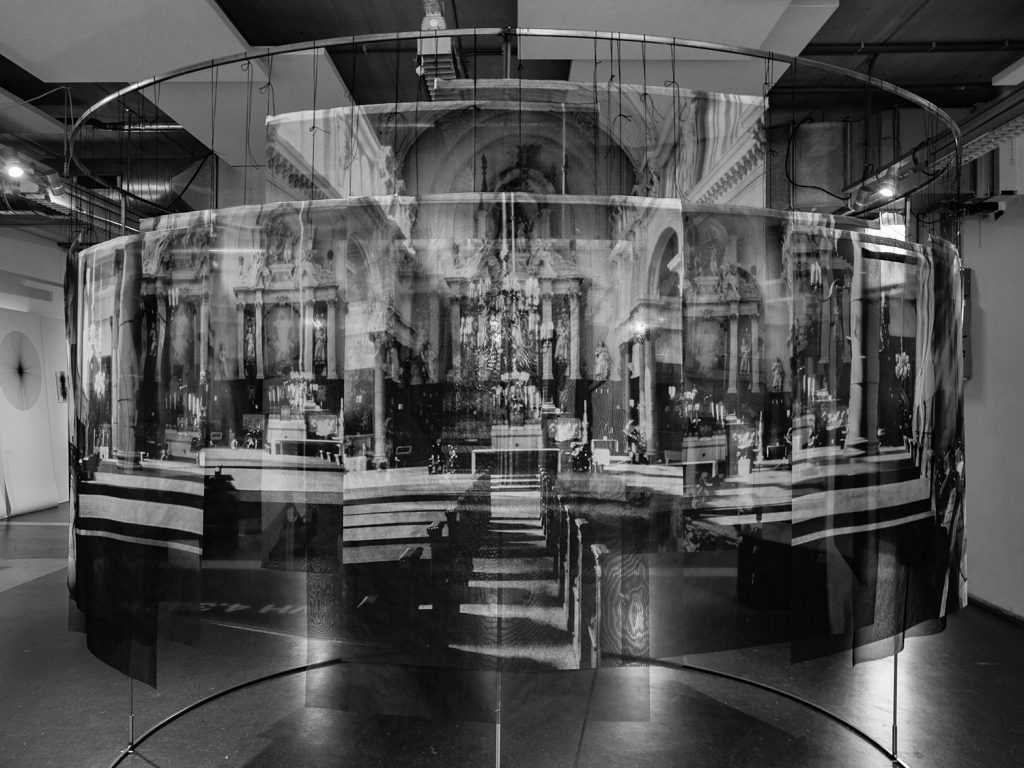 Powidoki focuses on the duality of images which speak about architecture and simultaneously speak about themselves. The project appreciates the role of the image and its nature, it concentrates on the translation of space with respect to voice and character of place.

An observational system consisting of 29 pinhole cameras was placed along the perimeter of the church’s interior, in an attempt to capture the space’s essence. Each camera with its specific placement represents the point of view of the wall. It lends its eye to the building and becomes part of its architecture.

The collection of multiple viewpoints is composed into an „inverted panorama”, through which spectators gain insight into the dynamics of the place’s multilayered structure. In the same manner, the spectators are also confronted with a new type of gaze. They experience the perspective of the walls looking at each other, thus, they experience how the space might see itself.