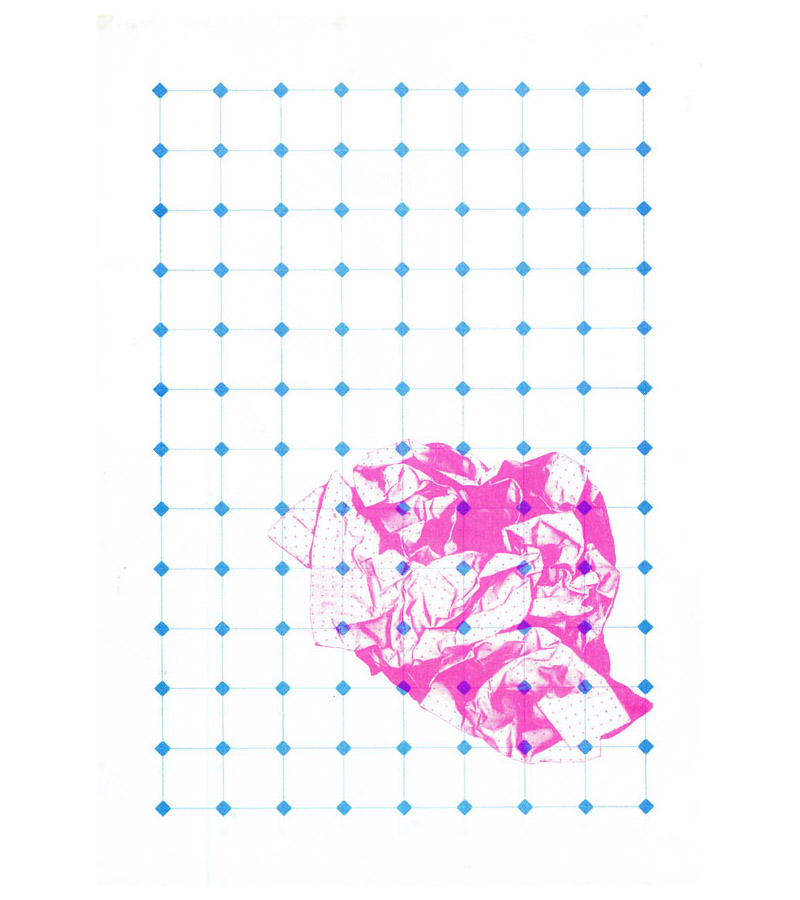 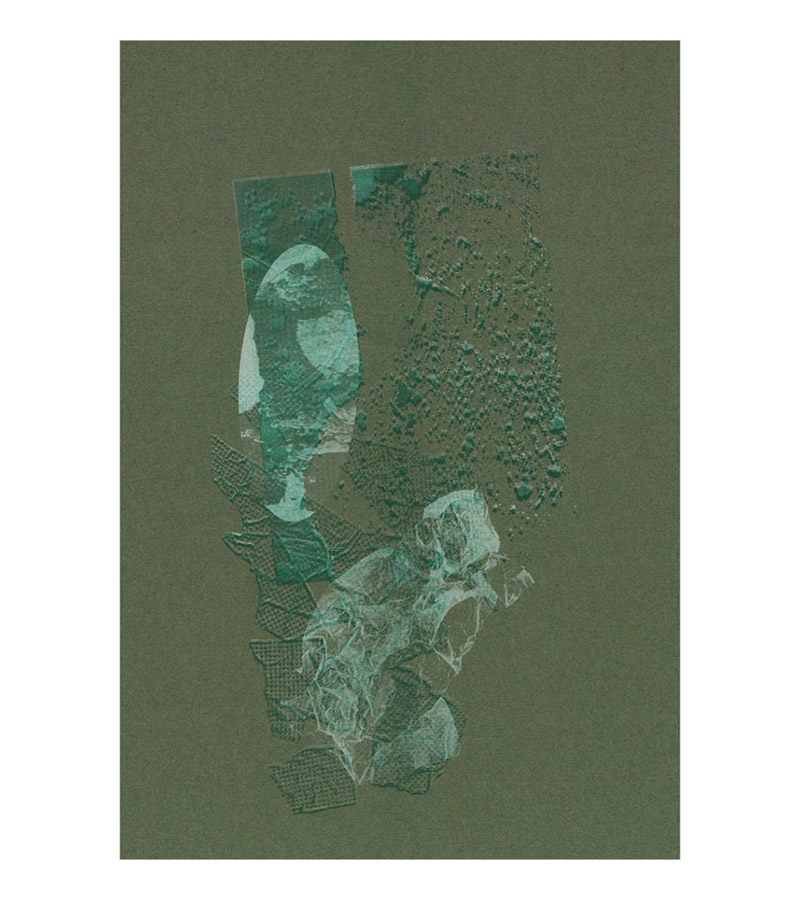 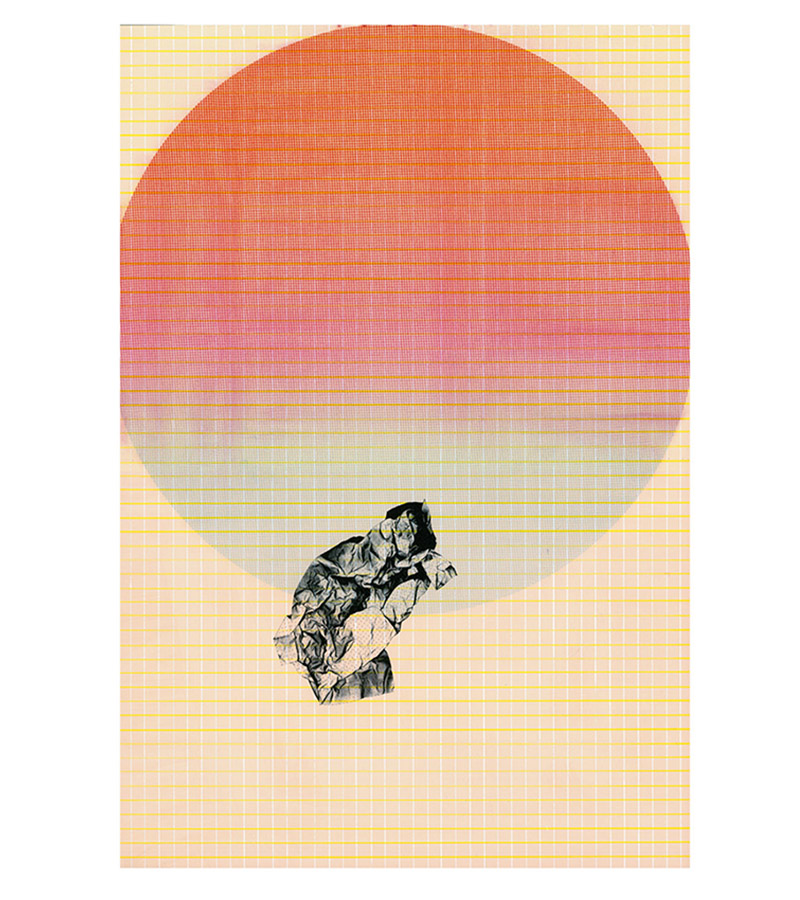 This study was initially inspired by the film Stalker by Russian film director Andrei Tarkovsky. I was attracted by the uncanny and magical qualities of “The Zone” – It spoke to a constant and ungraspable shift between the material and immaterial. Logical and illogical experience seemed to exist very near each other.

Here I experimented with various methods of printmaking in order to explore the implicit entanglement between the objects that create space, a material fluidity, or dream like association – challenging Cartesian spacial representation. The layering of various printing techniques became key to this exploration. Instead of showing a static representation, the printer worked as a drawing machine, producing the effect or nature of the concept. Working with different printing methods and paper I sought to create a sense of shallow density that all compositional elements are perceived together, but due to technique, color, and placement are able to create a sense of subtle oscillation.