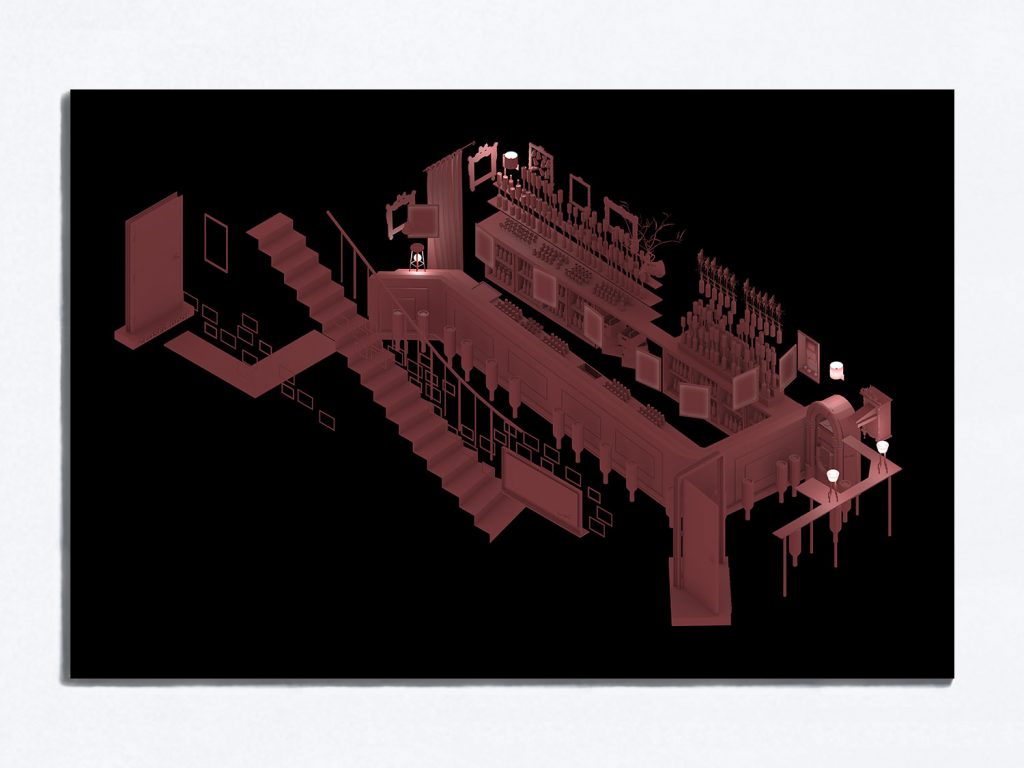 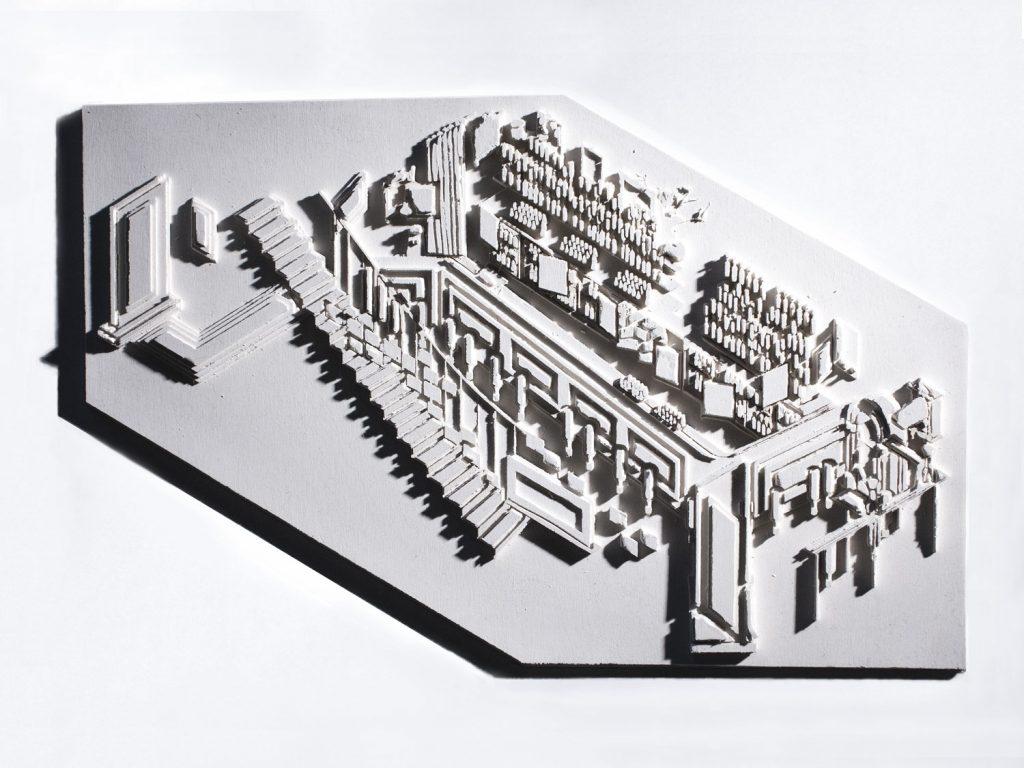 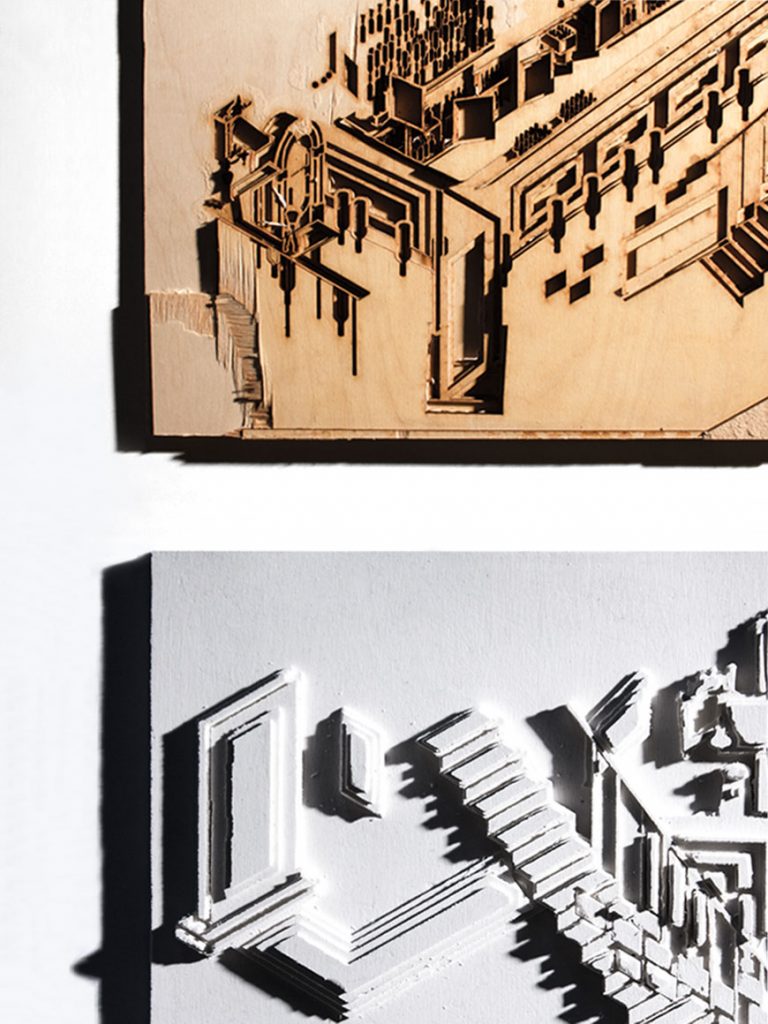 The project L’Espace Trouvée reflects on the importance of the object in an interior space. Tangible objects are among the most important components of a powerful story. The object plays the role of limiting the space through its position. Does space exist without objects or is it made by them?

The space is composed by the amassment of all the objects, excluding the architectural parts, represented by the collapse between the orthographic view and the isometric view creating an uncanny reality. The relief is in rubber and is made starting from a digital and rendered representation of the space and subsequently by the subdivision in layers of the different depths in order to make a cast composed by laser cut wood sheets.