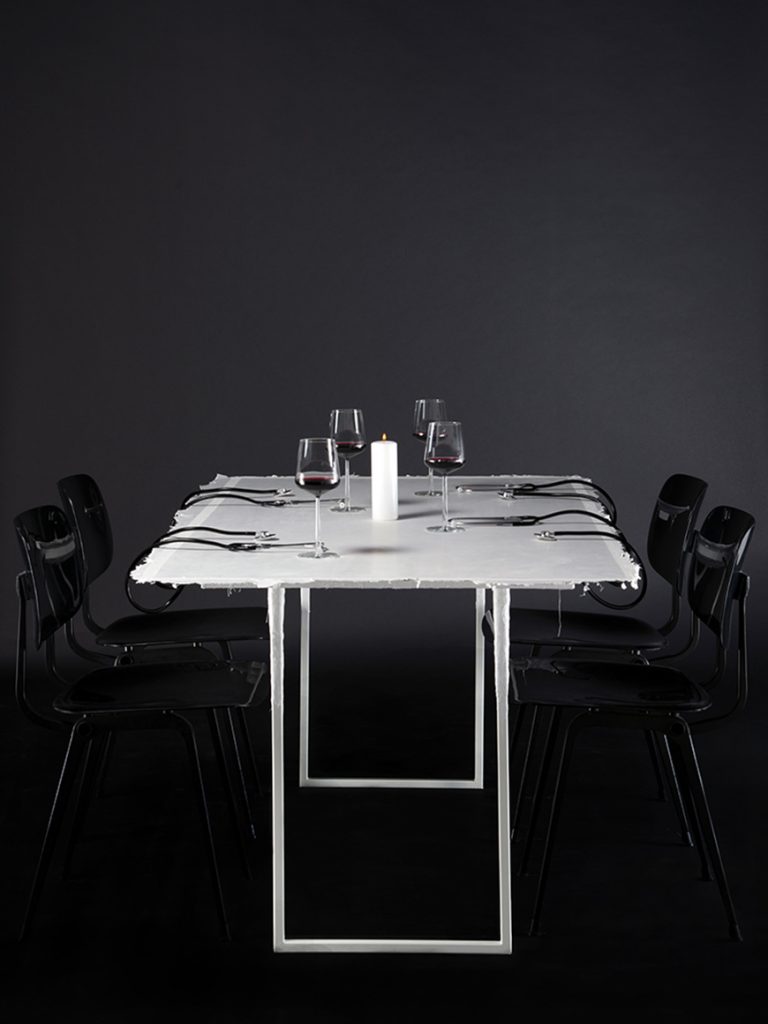 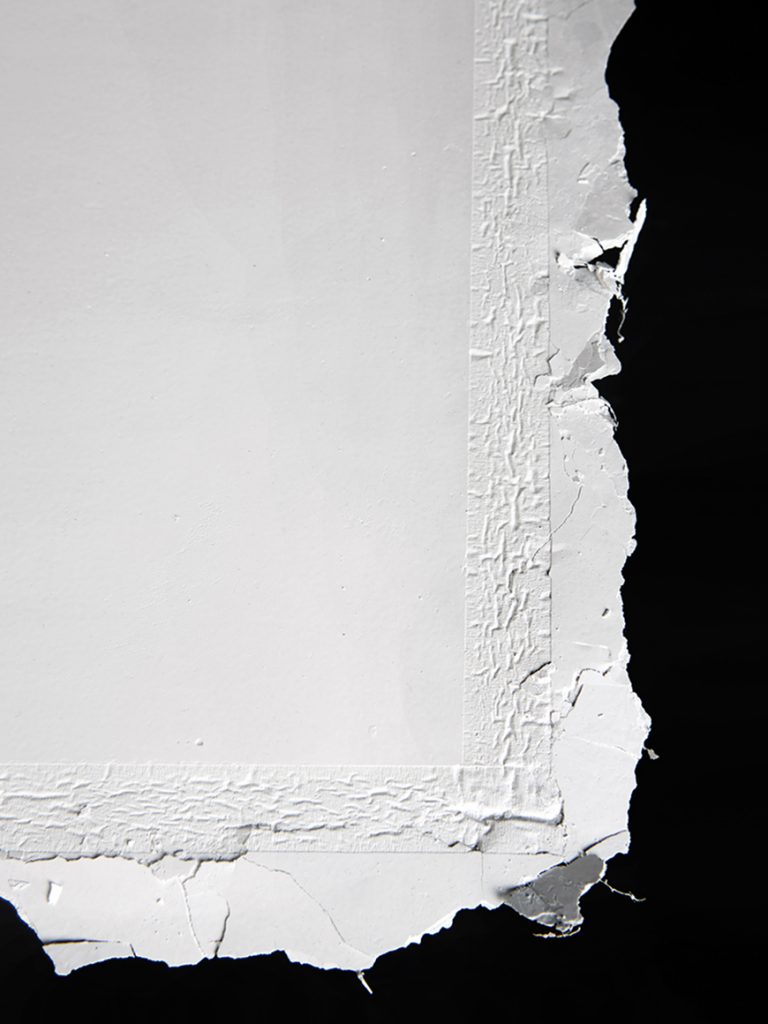 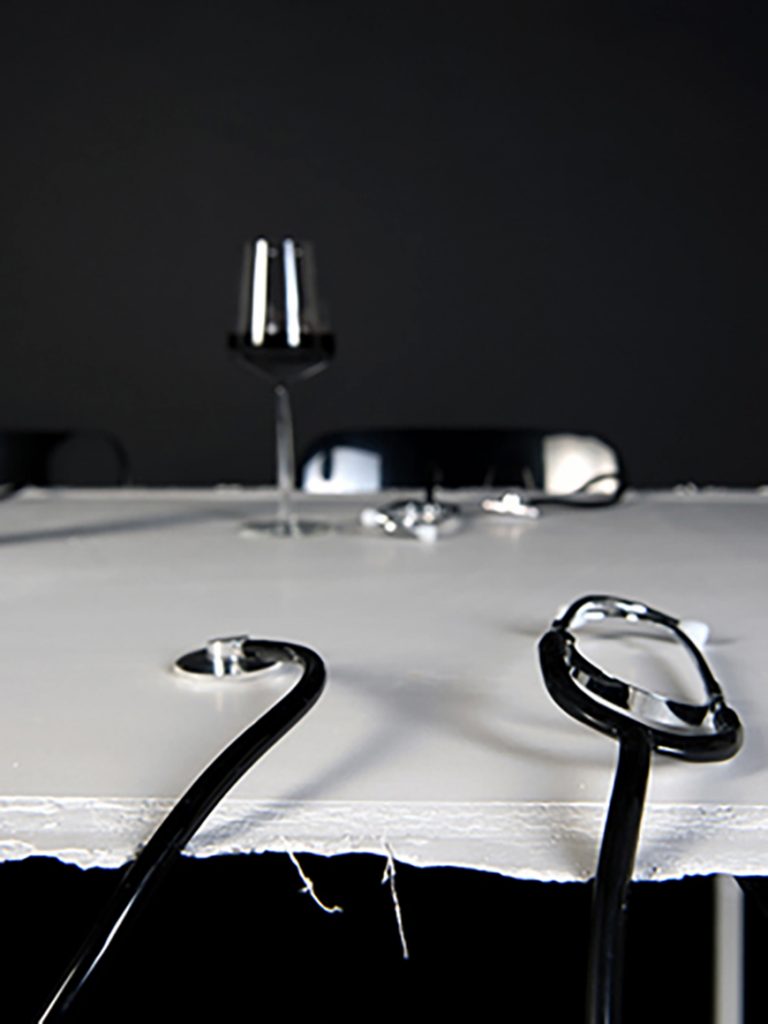 The investigation of sound started with an analysis of the musical instruments classified as Membranophones. Their key feature is the membrane that is utilized to produce sound. In medicine, the act of listening for sounds within the body is called auscultation. It is performed through a prosthetic device, which is a Membranophone itself, the stethoscope. Auscultable is based upon the idea to decontextualize this medical instrument from the scientific realm and to contextualize it within the domestic environment.

Stethoscopes are added to a dining table, an object around which people like to gather and communicate in their homes. The material plaster cast references the medical origin of the stethoscope. Auscultable is an intimate listening device that makes hidden sounds of the user’s heart audible. It reveals the fragility of the heartbeat, the heart as an organ and thus the fragility of life itself.