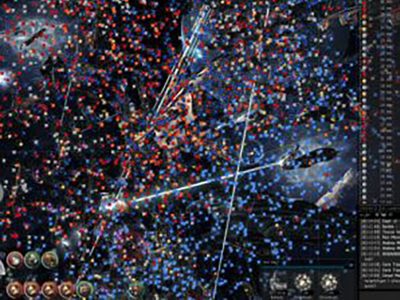 Navigating the Virtual, a workshop by Anja Kirschner Tuesday 5 November.

Anja Kirschner’s seminar will consider immersive technologies, such as Virtual Reality (VR) and other digital simulations (in gaming, training and design), not as ‘neutral’ technologies for modelling physical reality, but as technologies that have emerged from the military-entertainment-research complex and are actively shaping the physical world and modulating affects, behaviours and dispositions within it.

Drawing on Harun Farocki’s exploration of digital animation and Virtual Reality exposure therapy and the way these inform recent theoretical texts on navigating the virtual (by Tom Holert, Pasi Väliaho, Orit Halpern), we will explore the politics of virtuality, artificiality and survival (Claire Colebrook).

In particular, we will look at the rise of dominant navigational paradigms and at what the visual culture theorist Nicholas Mirzoeff has called decolonial countervisuality, or the right to look, which “refuses to allow authority to suture its interpretation of the sensible to power, first as law and then as the aesthetic.”

Anja Kirschner is an artist working in the moving image. Currently she is a PhD researcher at the Royal College of Art, London.