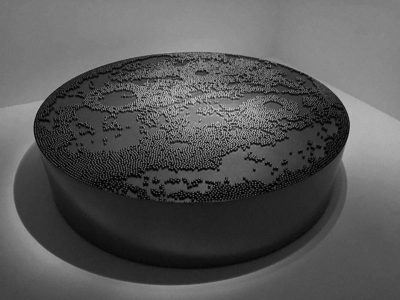 Matter in Flux: An Alternate Narrative of Design, Tamar Shafrir

From the first written records of design analysis until the recent past, the discussion of design has revolved around the relationship of form, function, and interpreted meaning. Meanwhile, material was seen as something neutral that merely awaited the application of a formal idea. This can be observed in the lag between the development of a new material and the discovery of its potential: for example, in architecture, the Greek stone temples echoed elements of wood construction, and cast iron structures originally took the motifs of stone carving. Form had its own development and momentum, often independent from that of material. This legacy carries on in some “iconic” buildings and products; the form is the central reference, the message of the work. This lecture suggests a different narrative in which design begins from the properties and transformations of “raw” material.

Tamar Shafrir is a writer and designer based in Rotterdam. She works as a design researcher at Het Nieuwe Instituut and a lecturer on design and critical writing at the Design Academy Eindhoven and the Sandberg Instituut. Her writing has been published in magazines including Domus, Volume, Dirty Furniture, Disegno, and MacGuffin, as well as books including Printing Things, Open Source Architecture, SQM: The Quantified Home, and Symbolic Exchange. In 2013, she co-founded the studio Space Caviar with Joseph Grima in Genova. Their projects have been exhibited at the 2014 Venice Architecture Biennale, Vitra Design Museum, V&A, and Istanbul Design Biennial.