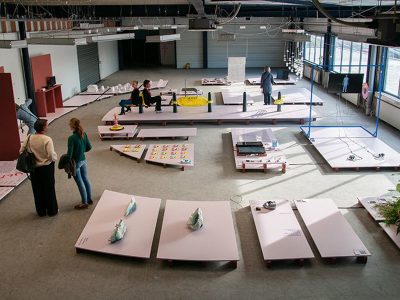 “Defensive street architecture is designed to prevent terrorist attacks. But it could also double as a way to bring strangers together….”

“Giannini created the three prototypes during her first year as a student at the Piet Zwart Institute in the Netherlands, and was originally inspired by the bollards that dot the landscape of Amsterdam.”