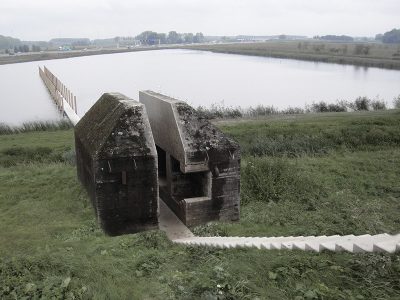 Dr. Erik Rietveld is a Senior Researcher at the University of Amsterdam (AMC/Department of Philosophy/ILLC/Brain & Cognition) and a Founding Partner of RAAAF [Rietveld Architecture-Art-Affordances]. RAAAF makes site-specific work at the crossroads of art, architecture and philosophy.

Erik Rietveld was a Fellow in Philosophy at Harvard University and a Visiting Scholar at UC Berkeley’s Helen Wills Neuroscience Institute. His philosophical and interdisciplinary research on ‘Unreflective Action’ was awarded by the European Science Foundation (2009), the University of Amsterdam (2009), the Academic Medical Center (AMC in 2011 and 2014), and three times by NWO, Netherlands Organisation for Scientific Research (Rubicon 2008, VENI 2009).

With his brother Ronald Rietveld he was curator of the Dutch contribution ‘Vacant NL’ to the Venice Architecture Biennale 2010, author of the books Vacancy Studies and the Dutch Atlas of Vacancy, and founder/director of the architectural design research master ‘Vacant NL’ at the Sandberg Institute/Gerrit Rietveld Academy. Vacant NL was awarded with a Dutch Design Award and the Rotterdam Design Prize. With RAAAF (formerly known as Rietveld Landscape) they have shown work at international exhibitions in Sao Paulo, Oslo, Milan, Mumbai, Moscow, and Museum Boijmans Van Beuningen, Rotterdam. In 2013 RAAAF was elected Radical Innovator, presented a new installation at the Istanbul Art Biennale and were elected Dutch Architect of the Year. RAAAF contributed an architectural art installation to the new Chicago Architecture Biennale in 2015, the first in North America. Ronald and Erik Rietveld were recently invited to become members of The Society of Arts of The Royal Netherlands Academy of Arts and Sciences (KNAW).