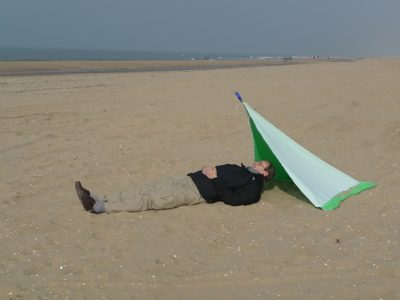 In his talk, Ed van Hinte will explain principles of lightweight design and the reasons behind them. He will show what thinking in lightweight structures may imply for building and architecture with an extra focus on interior design. The most important question: how to circumvent architectural conventions.

Ed van Hinte (1951) graduated in Industrial Design and Engineering at the University of Technology in Delft. He practised this profession during the ’80s, but also started writing for magazines. Later he became an author of books, some of which concerned a theme that is important to him: the consequences of diminishing material production and consumption, by product lifespan extension (Eternally Yours) and mass reduction (Lightness Studios). Because of this focus he became a teacher and gave workshops on design and architecture all over the world. He was a curator of travelling exhibition Connecting Concepts, commissioned by Premsela Dutch Platform for design and fashion, the Netherlands Architecture Institute and Design Cooperation Brainport. He addresses the theme of lightweight structures in housing at DRS22 in The Hague, a multidisciplinary research facility for young designers that he started with graphic designer Renate Boere. Apart from that he continues working as a design critic and writer.